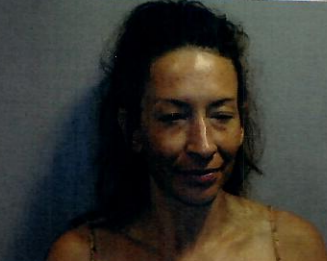 Two out of county residents have been arrested in White County on separate offenses. On Monday July 25th, Deputy Capeheart with the White County Sheriff’s Department was informed that 37 year old Chance W Young, of Fairfield was in the Courthouse and was wanted on a White County warrant for violating his probation. Young was on probation for Unlawful Delivery of Meth under 5 grams. Young was taken into custody and booked in the White County Jail. He is being held on a no bond warrant.

A couple of hours later while on routine patrol in Norris City, Deputy Capeheart observed a black car cross the white line on the east side of the roadway. Capeheart initiated a traffic stop then ran the license plates which came back clear and valid. The deputy then made contact with the driver who identified herself as 40 year old Kimberly Brooke Ingles of Harrisburg. After informing the driver of the reason for the stop, Capeheart asked for Ingles driver’s license and she handed Capeheart an Illinois ID card. After running her information through dispatch, it came back that she hasn’t had a valid driver’s license since 2015. Ingles was then informed that she was under arrest for driving on an expired license. She was transported to the White County Jail where a cash bond was set at $250. The vehicle was towed from the scene by Johnson Truck Sales in Norris City.