Radio Advertising Bureau’s “Matter of Fact” newsletter shared ABX research on how radio may deliver the best ROI and ROAS of all with some smart creative.

Thanks to the creative testing of more than 100,000 ads across all media by ABX Advertising Benchmark Index, we can now see the true strength of radio. There is great news about how radio performs in comparison to other media.

Of the 14 measured KPIs, ABX identifies the following four as the indicators that most accurately predict how effectively an ad will communicate its message and persuade its audience to act. These include:

By focusing on these four characteristics of high-scoring ads, creative teams can achieve highly successful ads in radio at significantly lower price points than other media.

• Radio is on 24/7, reaching over 93% of people age 12 and older every week and 78% daily.
• Often considered a frequency medium, radio is an ideal reach medium when planned differently — especially based on Arbitron PPM data.
• Reach 3 consumers 1X rather than 1 consumer 3X since that 1 consumer is less likely to need a product/service than any 1 of the 3 would be.
• Ads are most effective when they remind people of brands they know, at the time they happen to need a product or service.
• Reminding is a perfect job for radio when used as a reach medium

• Consumers vary in their stages of the purchase cycle – on-going Radio ads allow your product or brand to be front and center when people are ready to buy, even during offseasons.
• Radio reaches consumers close to the time and location of purchase, whether they’re in-store or online shoppers.
• Radio reaches listeners in-car when they’re driving to stores,restaurants, etc.

• “Radio continues to be perceived as central to people’s lives, especially when contrasted with the precipitous decline by other traditional media”–Arbitron/Edison“InfiniteDial”.
• Radio continues to be the #1 source of music discovery despite the numerous audio options that exist today.
• People spend more time listening to news on the radio each day than they do reading newspapers or getting news online.  The amount of time people listen to radio news has remained more stable over the last decade…– PewResearchCenterforthe People&the Press
• Listeners tend to listen to relatively few radio stations and are extremely loyal to their favorites.
• Research shows that Radio listeners have a low level of ad avoidance, staying tuned in through commercial breaks.
• Because ads can run frequently and listeners tend to stay tuned for long periods of time, a brand that is big in Radio can create a disproportionately large share of mind for itself.

• Listeners feel an emotional connection with their preferred Radio stations.
• Passive forms of advertising merely list merchandise or tell where a product is available;radio is an active medium capable of stirring emotion, creating demand and selling products and services.
• Radio is a call-to-action medium.

Features & Benefits of our Radio Stations

Benefit:  We work hard to reach the buying power of the economy so your audience will be the ones holding the purse strings.  You’ll be talking directly to the folks with the money, the decision makers of the household.

Benefit:  It’s America’s (and especially in our region) favorite music genre and the Tri State’s had a relationship with WRUL and it’s country format since 1974.

Benefit:  WROY/WRUL and wrul.com are Southeastern Illinois residents first choice for news.  Pair that with the fact that commercials from businesses that sponsor news broadcasts are often seen as the most credible and trusted ads.

Benefit:  You get to join in the community spirit and build some great public relations by banding together with potential customers to root for our local sports teams.  Because we cover the games as they’re happening, we get both die hard fans, families and friends of the players as well as folks who simply want to be in the know with how the team is doing listening to our broadcasts.  Those listeners want to trade dollars for products/services of businesses who support the same team they do.

Benefit:  If your target audience is Carmi, Crossville, Norris City, Omaha Enfield, Grayville…use WROY and don’t waste time talking to folks too far away to benefit from your product or service

Benefit:  Reach the MOST affluent section of the population…especially when advertising during local news broadcasts.  These are the folks with the most discretionary money to spend

Benefit:  We’re White County’s first choice for news when it happens and that plays a major part in active listeners who are looking for the latest happenings.  The music is the freshest, brightest good mood music there is.  It brings back memories, and generally gives listeners a good feeling

Benefit:  These are locally produced live community minded programs.  Open Line features local guests discussing topics that matter to listeners in our area…your potential customers and it’s only available on WROY 93.3 fm, AM 1460 and on demand right here at wrul.com.  Swap Shop is a free service to listeners making it an attractive place for folks to listen whether they’re wanting to buy, sell or trade

Wondering who you can call to ask about whether WROY/WRUL/wrul.com works and how?  Wondering what to expect from a station representative? Want to know how other business owners perceive the radio stations and its employees? 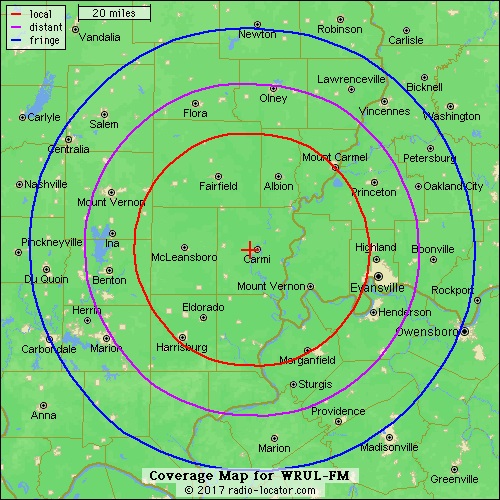 Reach out to us!