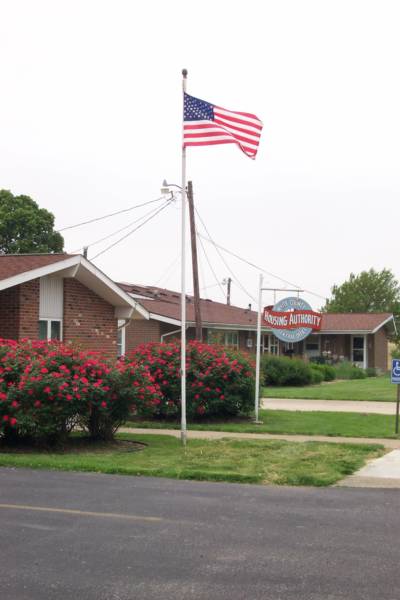 It’s difficult to come up with a word or even a phrase that’s fit for broadcast journalism to describe what occurred immediately following the White County Board meeting Tuesday night at the White County courthouse.  It was billed as a Public Hearing to discuss the White County Housing Authority Board of Directors.  As States Attorney Denton Aud put it, the hearing was called, “as a special meeting for fact finding purposes unless there’s an allegation of derelict of duty or malfeasanse.”

What followed for the next hour and fifteen minutes were allegations, accusations, general mudslinging, and potential repeated violations of the Open Meetings Act discussing specific employees, their pay and benefits and other information that is generally reserved for executive sessions.

About 40 individuals were present and it didn’t take long to see battle lines were clearly drawn.  At issue, complaints and issues raised by Housing Authority Board members Charles “Skip” Land and Terry Daubs specifically against Housing Executive Director Leigh Short.  County Board Chairman Ron McAnulty was clearly and obviously aligned with them as he levied accusations and questioned decisions and motives.

Former Grayville Mayor Joe Bisch opened things.  He had been on the Housing board for about 30 years and provided some background, discussed the improvements over the years and delivered as a character witness for Short.  After Bisch’s exit, things went south quickly.

The tone struck followed throughout the remainder of the evening and in the end nothing was accomplished short of an example of how not to run a public hearing, according to Grayville attorney Jay Walden

While there may be some genuine concern about how the Housing Authority is run, very little, if any actual answers or facts were uncovered as every comment devolved into a back and forth.

Some individuals visibly shook as they spoke.  There were whispers of individuals being ready to throw punches.  Luckily, it didn’t reach that point.

If you have the stomach for it, you can listen to the entire public hearing below