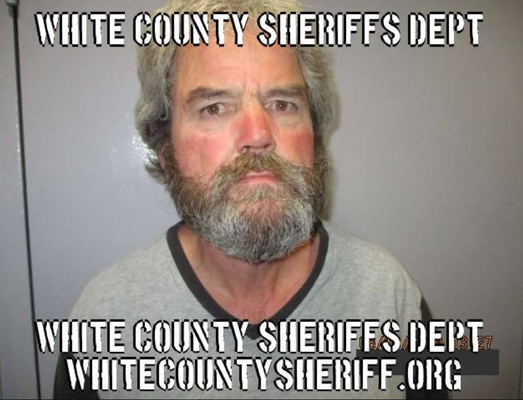 On Sunday at 3:15AM McLeansboro Police responded to the 400 Block of East Cherry Street for a report of a woman screaming.  Upon arrival officers discovered a domestic disturbance where the male subject had locked himself into a garage.  Officers were able to make entry into the garage the male subject identified as Steven “Tony” Sullivan refused officers commands and a struggle ensued.  Officers used a taser to get Sullivan into custody.  After the arrest methamphetamine and a methamphetamine pipe were located.  Sullivan was arrested on the offenses of Domestic Battery, Resisting a Peace Officer, and Possession of Methamphetamine.  Sullivan was transported to the White County Jail pending bond being set by a judge.  The McLeansboro Police Department was assisted by the Hamilton County Sheriff’s Office.