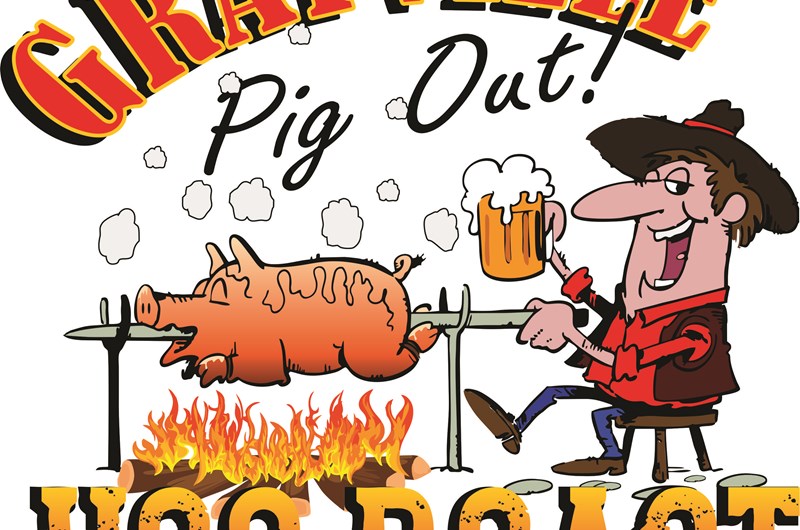 What a difference 15 miles makes…in Carmi on July 7th, the council wore masks.  On Monday night in Grayville, nobody did except for two representatives, one from Gallagher Drilling and the other from Nichols Operations who waited outside until it was their turn to speak in front of council.  Feelings on masks and personal protective equipment vary wildly from individual to individual and even town to town.  Not wearing masks certainly didn’t get in the way of council members getting business accomplished however.  Commissioner David Jordan was absent.

Over about an hour Monday night, council members amended the Animal Control Ordinance (number 890) which will end the allowance of having pigs within city limits; aside from the one that authorities agreed would be grandfathered in.  Of course we can assume those brought in for dinner are another story.  That’s because later, commissioners received an update on the upcoming Grayville Hog Roast to be held on July 25th, hosted by the Friends of Grayville.  Member Andy Brock requested the city have barricades up on July 24th and says they’ll be ready to open around 10am.  Among the activities include a Cornhole Tournament beginning at 2pm, live music from 5 – 8pm, and food will be served beginning at or a bit before 5pm.

Other important details learned Monday night, the Grayville Police will be getting new radios.  Police Chief David Burrows took it upon himself to gather what the force would need which includes 3 car radios and 4 portables from Roy Walker Communications in Mt. Vernon, IL.  The cost of that upgrade, $8,317 will be offset by a $1,500 donation courtesy of Rick Barbre from Country Companies as well as $600 made available by officers being allowed to purchase their firearms when they’re issued new ones.  Two of those were purchased at $300 each.  That brings the cost down to $6,067.  Chief Burrows believes the cost can be offset additionally through a variety of means including selling the current radios to Edwards County law enforcement, and the selling of additional excess equipment which we expect to have details and a list at Grayville’s public hearing scheduled for next Monday.

Nichols Operating will take over the gas lease currently held by Gallagher Drilling after Council signed off on it Monday night.  Additionally at Gas Commissioner Don Baldwin’s urging, the city did a cost analysis of it’s Natural Gas Pipeline agreement with both Consumers Gas and Mt. Carmel Public Utilities.  Council signed off on sending the analysis along with a proposed increase to MCPU for consideration.  The time was right for making changes if they wanted as the new 5 year lease will be due in October.

Following closed session, the city agreed to purchase a burned out property at 407 North Middle Street at an investment of $828.

Grayville officials will be back in session for that public hearing next Monday.  Commissioners will next meet in regular session on July 27th at City Hall.