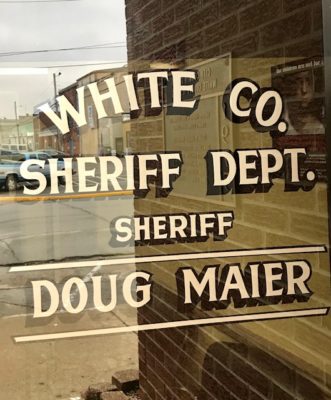 The White County Sheriff’s Office received a call Friday night to report a suspicious vehicle at IL 141 and Epworth Road. Upon arrival Officers observed 20 year old James Mosley standing beside a white Chevy. Mosley told Officers that his child’s mother, 24 year old Shania Miller of New Haven, was unresponsive in the vehicle with an empty pill bottle in the passenger seat. A female child had also been in the vehicle but Mosley moved her to his vehicle. Deputy Jordan Weiss performed a sternum rub on Miller with very little effect. An ambulance was dispatched. After performing another sternum rub, Miller started to respond and began talking. Deputy Weiss observed an open beer pint in the center console cup holder and an open case of alcohol in the rear seat of the vehicle, along with a strong smell of alcohol emitting from Miller and the vehicle. White County EMS evaluated Miller, who signed a refusal with the EMS crew. She was arrested for DUI of Alcohol. The female juvenile was released to her father James Mosley. Upon arrival at the White County Jail, Miller was given field sobriety tests. She was issued tickets for DUI with a breath alcohol content of 0.08 or more, and Illegal Transportation of Alcohol. She bonded out to $300 cash plus a $20 booking fee.

Howard Arrested For Stealing From Hucks In Carmi