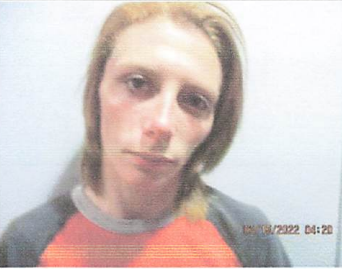 At a quarter after six in the evening on Tuesday, 27 year old Shelby Holloman of 503 Maple Street in Carmi was arrested by Carmi Police on Sycamore Street between 6th and 7th Streets.  She was arrested on a White County warrant for Resisting after she called the police department to speak with an officer about an unrelated theft.

Holloman was taken to the White County Jail pending the posting of $250 bond.