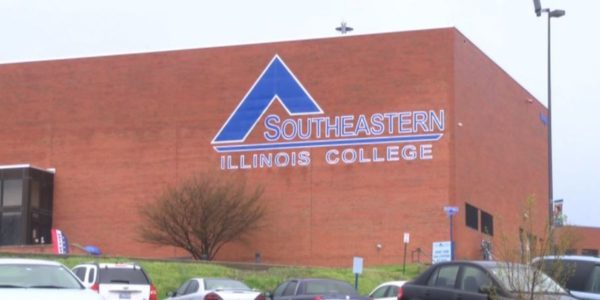 HARRISBURG, Ill. (Feb. 20, 2020) – The Southeastern Illinois College Board of Trustees met Tuesday, Feb. 18, in the Rodney J. Brenner Board Room to hear reports on enrollment and nursing pass rates, award a bid for outdoor grounds and lawn care services, and retire the biofuels and early childhood education programs.

Enrollment for the spring term is slightly above flat, which is good news according to college officials.

“College enrollment is down across the country and in Illinois on the whole, so being slightly above flat is a testament to the hard work of many on campus,” said Executive Dean of Student Services Chad Flannery.

State licensure pass rates were just released and SIC scored 100% on both the licensed practical nurse (LPN) and registered nurse (RN) tests, well above the state average of 89 for LPN and 88 for RN.

SIC’s combined scores were higher than any other college south of Interstate 80 and one of only two in the entire state to have 100% on both tests.

“Our nursing program is top notch,” said President Dr. Jonah Rice. “I couldn’t be more proud of the director, instructors, and students.”

The board approved a grounds and lawn care contract for five years with no annual increase during the duration of the contract. Services include mowing, ball field care, snow removal, and additional outdoor duties. Brown Landscaping in Eldorado won the bid.

The board also retired the biofuels program and the early childhood education program due to low program enrollment from district residents. Members of the audience did express the need for the early childhood program during the meeting despite the college program being in the red for four straight years.

College officials said that the statewide career agreement will be used to continue the needed training and educational opportunities for district residents.

“Much like the way Rend Lake College utilizes SIC for Spanish, massage therapy, and veterinary assistant programs at SIC, our students can now utilize the early childhood program at RLC,” said Rice.

The statewide career agreement through the Illinois Community College Board allows for program sharing to save taxpayer dollars and provide quality educational opportunities in a way that reduces redundancy.

“Being that the early childhood program is all online at SIC, it will make it easy for our students and workforce to get what they need through our partnership agreement,” said Executive Dean of Academic Services Gina Sirach.

Two certificates in the early childhood education program became ineligible for the Federal Pell Grant Program due to erratic enrollment and earned credit hours fell by over a third at 35% in a four-year period.

The program retirement is no reflection on the Mary Jo Oldham Center for Child Study that the college operates on campus. SIC remains one of only two colleges in the southern region to still operate its own day care center for its community.

The biofuels program was discontinued due to the end of a federal grant and was unsustainable due to low enrollment.

In other business, the board learned that the Department of Education Financial Review team visited SIC and had a positive report with no substantial findings. Officials said the visit went very well and praised SIC’s financial aid department.

The next meeting of the board will be Thursday, March 19, at 6 p.m. in the Rodney J. Brenner Board Room at SIC. More information about SIC can be found at www.sic.edu.