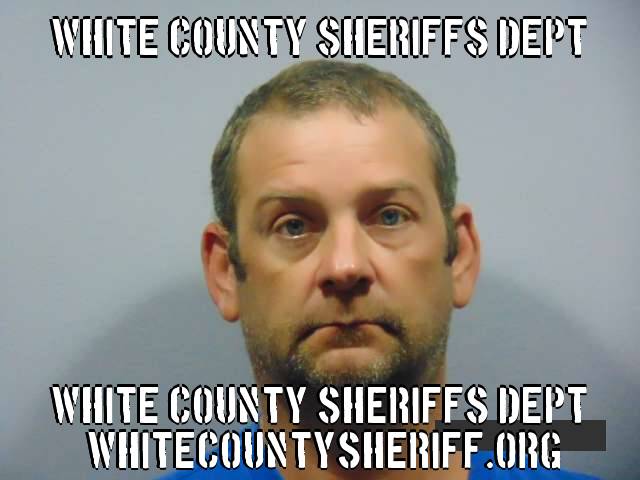 Brian Dartt learned his fate in a courtroom packed with friends and family of 18 year CJ Richardson of Norris City, who was killed by Dartt in an automobile accident in July of 2021. While traveling home alone on July 31st, Richardson was tragically and unexpectedly taken from his family, friends and the community due to the choices made by the Dartt. Dartt admitted that on the night Richardson  was killed, he knowingly drove a 2002 Dodge Pick up truck while under the influence of Methamphetamine resulting in the crash that took the life of CJ Richardson.

On March 3rd, after an almost three hour long sentencing hearing, Judge T Scott Webb sentenced Dartt to one year shy of the maximum allowed under Illinois Law. 13 years in the Department of Corrections. During the hearing the State called Coroner Chris Marsh as a witness. Six victim statements were given from the parents and friends of CJ Richardson.

Brian Shinkle represented Dartt while SA Denton Aud prosecuted the case on behalf of the State of Illinois.

This is a statement from States Attorney Denton Aud

On July 31, 2021, Clinton J. (“C.J.”) Richardson, a very talented, loved, accomplished, joyful, and selfless 18-year-old young man from Norris City with a bright future in front of him tragically lost his life in a two-vehicle car accident on Illinois Highway 1 when the other vehicle crossed the centerline; his loss left an enormous hole in his family, his friends, and our entire community.

On September 28, 2021, after the completion of an investigation that included witness interviews and accident reconstruction, the receipt of relevant toxicology results from medical records and the Illinois State Police Crime Lab, and research into applicable Illinois statutory and case law, my office initiated felony criminal charges against Brian W. Dartt, 49, of Carmi, relating to the automobile accident from July 31, 2021 that resulted in the death of C.J. Due to sufficient evidence confirming the presence of illegal substances in Dartt’s system at the time of the accident, Dartt was charged with various statutory methods of “driving under the influence” with the most serious charge available being that of Aggravated DUI Causing Death. Under the laws that we enforce that have been enacted by the Illinois General Assembly, Aggravated DUI Causing Death “is a Class 2 felony, for which the defendant, unless the court determines that extraordinary circumstances exist and require probation, shall be sentenced to: (i) a term of imprisonment of not less than 3 years and not more than 14 years if the violation resulted in the death of one person.” 625 ILCS 5/11-501(d)(2)(G). In contrast, Reckless Homicide(Manslaughter), an offense that is applicable when someone causes the death of another person through the reckless operation of an automobile, is considered a less serious offense as it is a class 3 felony with a standard sentencing range of 2-5 years in the Illinois Department of Corrections.

Following the final pre-trial hearing on January 3, 2022, which included the Court denying the defense’s requests after hearing arguments regarding pending motions and resulting in the State essentially eliminating any remaining legal arguments that the defense could make at the scheduled jury trial, Dartt exercised his right to change his plea from “not guilty” to “guilty” to the most serious offense that he could be charged with under Illinois law: Aggravated DUI Causing Death. Therefore, Dartt did what is known as an “open plea of guilty” during which a defendant chooses to admit that they committed the charged crime by pleading guilty to what they have done without any guarantee or agreement from the State as to what the sentence will ultimately be following a contested sentencing hearing which concludes with the judge deciding what the appropriate sentence is; essentially, entering an “open plea of guilty” occurs when a defendant knows that the case built by the State is likely to end with the defendant convicted by a jury of his peers so the defendant chooses to throw himself at the mercy of the Court (i.e. the presiding judge). In so doing, Dartt admitted that, on July 31, 2021, he “knowingly drove a 2002 Dodge Pickup truck … on IL Route 1 … while there was any amount of methamphetamine in the defendant’s breath, blood, other bodily substance, or urine, when in so doing, was involved in a motor vehicle accident that resulted in the death of Clinton J. Richardson, when the violation … was a proximate cause of the death of Clinton J. Richardson.” As all potential offenses that could be charged related to the same incident, the “one-act, one-crime rule” would apply so that Dartt could only be sentenced on the most serious offense of which Dartt committed under Illinois law. Consequently, Dartt was set for a sentencing hearing on March 3, 2022, at which time, under the laws enacted by the Illinois General Assembly, Dartt would receive a sentence of between 3-14 years in the Illinois Department of Corrections or up to 4 years of probation if the presiding judge found probation to be required. As we believe to be appropriate in cases of this magnitude, the family of C.J. Richardson was present and engaged at the final pre-trial hearing, as well as all other court appearances, and were included in all discussions with my office of the process, procedure, and ultimate strategy of how the case developed and would proceed with our ultimate goal being to convict Dartt of the most serious offense that he could be charged with under the laws enacted by the People’s elected representatives in the Illinois General Assembly.

On March 3, 2022, the sentencing hearing occurred with what could be described throughout this case as a familiarly packed courtroom with the family and friends of C.J. being present as support in the seeking of justice for C.J. under existing Illinois law. During the hearing, the State called Coroner Chris Marsh as a witness, presented six victim impact statements from the parents and friends of C.J. Richardson, and presented other relevant evidence in aggravation while the defense called one witness in presenting evidence in mitigation. Judge T. Scott Webb also considered the pre-sentence investigation prepared by the probation department, the statutory factors required by Illinois statute to be considered, and the arguments of the attorneys before ultimately deciding what Dartt’s fate would be when he decided to impose a sentence just shy of the maximum: 13 years in the Illinois Department of Corrections (of which he will have to serve a minimum of 85%, or a minimum of 11 years and 18 days before being eligible for parole) with 1 year of mandatory supervised release (formerly known as “parole”), all pursuant to the parameters of the laws enacted by the General Assembly.

While innocently traveling home alone, C.J. Richardson was tragically and unexpectedly taken from his family, his friends, and our community on July 31, 2021 due to the choices made by the defendant in this case. I did not know C.J. personally; however, I have spoken with his parents and others enough to know that, though we live in a broken and sinful world where all kinds of evil actions and tragic events occur, C.J. was an amazing and impressive young man who was loved very much by many people throughout this entire county. I know that the world got a little colder with his loss; this has all been evident with the support he has had from his friends and family regularly appearing in a sea of red shirts in the courtroom. As a father, I cannot express how much I sympathize for C.J.’s parents, Kevin and Tina, but also how much I admire and appreciate them; they have been the epitome of devout Christian faith, grace, support, engagement, and devotion to justice during this prosecution while having to continuously live through the suffering from the untimely loss of their tremendous son; my family’s prayers will continue to be with C.J.’s family and friends as they move forward. I’m also very grateful for all of the hard work by the individuals that assisted in this case from the Illinois State Police, the White County Sheriff’s Department, Coroner Chris Marsh, the ambulance services, the staff of my office, and the various medical facilities and staffs. Although many of us would like to see a longer possible sentence for circumstances such as this available under Illinois law, I am very grateful for Judge Webb’s ultimate decision to reject the defense’s request for probation and for deciding to sentence the defendant to as close to the max under Illinois law as he determined possible after applying the mandatory factors.”