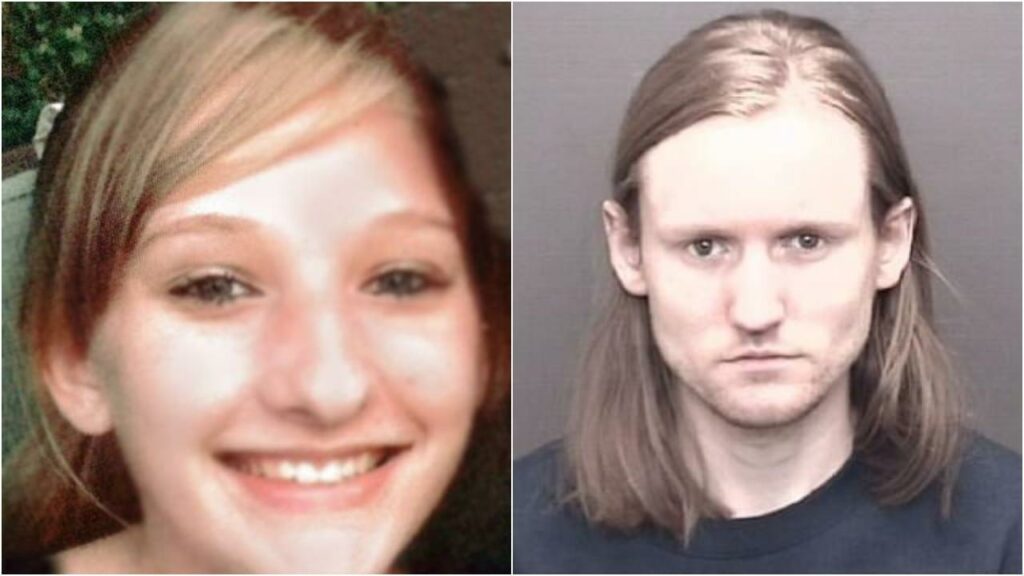 Brodey Murbarger, 26, has been found guilty of first degree murder  following his trial on Thursday. It took just one hour for the jury to deliberate. Murbarger was accused in the 2014 disappearance and killing of 15-year-old Megan Nichols. FBI investigator William O’Sullivan testified Wednesday about the more than 7,000 text messages exchanged between Murbarger and Nichols between December 2013 and February 2014. O’Sullivan said the messages at first were romantic and sexual in nature and included several references to the couple planning a runaway in mid-2014. O’Sullivan sayis that in February 2014 the messages reflected a more tumultuous relationship, with Murbarger at one point calling Nichols ‘annoying.

The defense only called Murbarger’s father Jayson Murbarger to the stand, as well as the defendant himself to testify. The father and son were asked about blood found in the defendant’s car that prosecutors argued was used to transport Megan’s body to a rural Boyleston field where it was buried. Jayson Murbarger testified the trunk on his son’s car often leaked water, but he was unaware of any other fluids that may be in the trunk. Murbarger took the stand and testified that Nichols’ blood was in his car after a sexual encounter in which he used his shirt to clean the blood. Murbarger then said he placed the shirt in the trunk, where leaking water caused the blood to spread.

During closing arguments Thursday, the state of Illinois argued that Murbarger has changed his story several times through interviews with police, claiming all stories contradict one another. The state also says during police interviews, Murbarger told others he went to Nichols’ house around 9:30 pm July 3, 2014 because he thought she had run away. Through those statements, the state says Murbarger places himself with Nichols on the night and time she disappeared. The defense team for Murbarger says the evidence in the case is speculation and circumstantial, citing there is no motive for Murbarger to commit murder, and no evidence that Nichols’ death was due to strangulation. In reference to the varying stories, the defense states Murbarger was an “awkward teen” under a lot of pressure due to rumors circulating of his involvement in Nichols’ disappearance and would have been flustered during interrogations.

Murbarger’s defense attorney says he plans to file for a new trial.