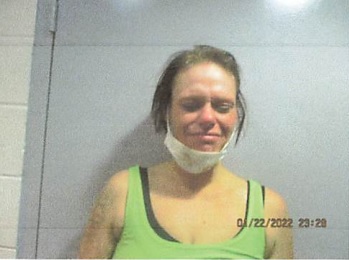 A Tennessee woman got the chance to visit the White County Jail over the weekend. On Saturday, January 23rd, the Carmi Police Department was dispatched to Carmi Wal-Mart for a reported shoplifter.  Police located 38 year old Jessica M Richards of 4806 Melton Lane, Chattanooga, TN on Industrial Drive after she had walked away from Wal-Mart. Richards was taken into custody.

A complaint was signed by Wal-Mart. Richards is being charged with Retail Theft.