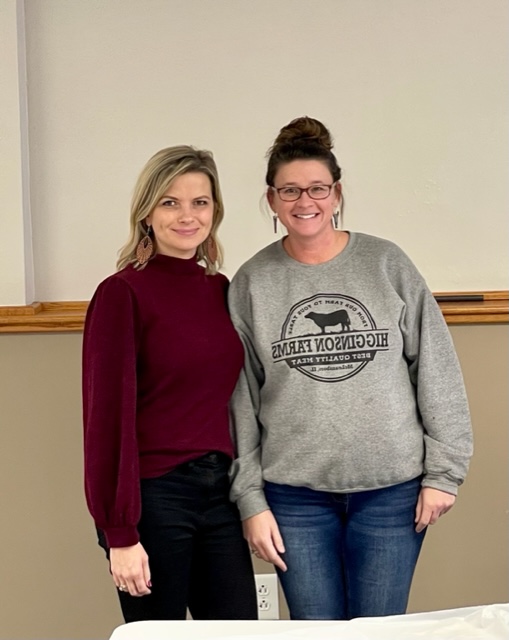 The Higginson family farm has been in operation since 1872 and while many things have changed in 150 years, it’s been the family’s ability to adapt, welcome in others, and partner together that’s driven success.  What began as a cattle and pig outfit, Higginson’s is now better known as a market and shop stocked with not only their products, but also with vendor products from all over the region.  How it got that way starts with a pandemic, which brought with it a variety of challenges.  Stephanie Higginson says the business model had to change with CoViD-19.  They were used to mainly selling wholes, halves, and quarters of beef, but with the pandemic, she says they were forced to adapt.

From there, networking and good old fashioned word of mouth did it’s thing.

How Higginsons came to Carmi is by way of networking as well.  Stephanie says many of her McLeansboro store customers were coming from Carmi anyway.  Danielle Short, owner/operator of La D Da Boutique had opened in Norris City in 2017.  Her and her husband Heath, along with their children moved their home to Carmi in August of 2021 and shortly thereafter purchased the former Southern Illinois Lumber company building.  In November, La D Da opened in Carmi and shuttered the Norris City store, expanding it’s selection.  It was Danielle’s husband who approached Stephanie and suggested they had the perfect space to launch Higginson’s in Carmi.

Higginsons also hosts a vendor fair that has grown immensely in a short amount of time.  The first had 60 vendors and about 1,500 people that came to the farm.  The last one in the fall of 2022 grew exponentially.

Higginson will open their 3rd store in Elizabethtown on the river this spring.

Both La D Da Boutique and Higginsons Carmi Market are open Tuesday – Saturday.  Learn more about each on their respective facebook presences.

Carmi Woman, Maunie Man Jailed after Being Found with K-2 and a Bogus Story