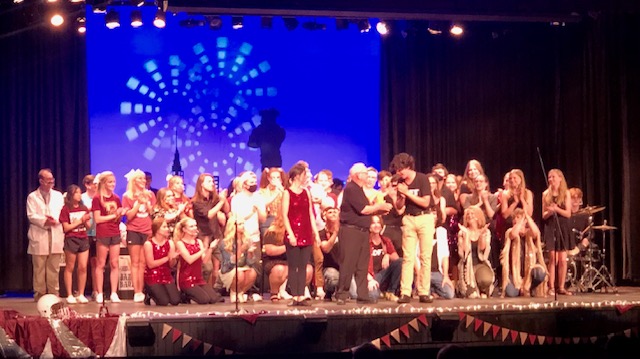 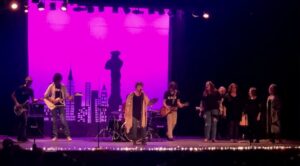 Carmi was hopping from the east end to the west and through the heart of downtown Saturday.  NRA Day took place on the east end of town at the Carmi Rifle Club; Carmi rummage sales had money exchanging hands for goods throughout the community; the event “This is for You” 2021 showed off the generosity of others; and to cap the day, some of Carmi’s most talented came together for a return to one of the city’s best displays of creativity.  The 56th annual One Niter featured the flair of skits, sketches, and musical prowess at the High 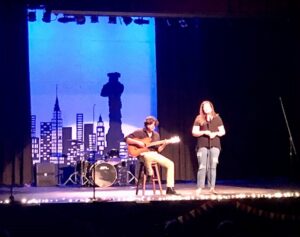 School Auditorium.  A near capacity crowd was treated to hits from the likes of Sloane Barbre covering Blondie and Jessica Stephens take on Carrie Underwood as well as comedic tunes from Andrew May and even original music written and performed by Kristina Aldrich.  In addition to Carmi White County students, members of the Carmi League of Arts gave an assist as did talented alumni.  Recently graduated senior Walker Sinclair most likely stole the show providing solid performances as co-emcee, singing a duet with his sister Grace, performing as backing band and headlining with his band The Loft.  Equally adept on stage was his co-emcee Shay Smith.  Mike Croghan, who launched the One Niter back in 1965 served as a special guest as did former Carmian Debby Hyatt.  Hyatt channeled her inner Stevie Nicks with a rousing rendition of Edge of Seventeen.

And a drumline made up of Kadence Driscoll, Laura Hydrick, Andrew May, Mackenzie Pringle, and an assist from alumni Nicki Lamont wowed the audience. 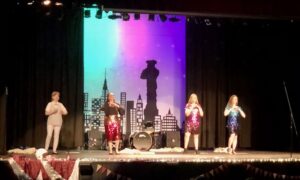 Lamont had some spectators in tears as Barb Kilner, the Pizza Eater.  Alumni Daniel Slaton and Cooper Craig joined Walker Sinclair and Jonathan Cribbs for a Just Dance version of You’re My First, My Last, My Everything by Barry White staged as strangers in an elevator.  Hailey Winkleman, Chance Hamblin, and Quinton Watt joined together in a multi-part English Language Committee sketch that highlighted some of the ludicrous and occasionally contradictory “rules” of grammar and our native tongue. The crowd even got Rick-Rolled expecting some haunting, deep, ethereal song only to have Rick Astley’s “Never Gonna Give You Up” break out.  The One Niter was Sherry Passmore’s 15th at the helm.  Student Directors included Ryan Bartley and Abi Rettinghaus.

Multiple Traffic Citations And Charges Were Accumulated Over The Weekend