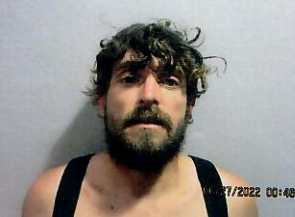 A Carmi man is being held in the White County Jail following his arrest. While on patrol on the afternoon of June 27th, Deputy Nick Capeheart with the White County Sheriff’s Department observed 35 year old Joshua L Newman riding a bike on Fifth Street traveling North toward Sycamore Street. Capeheart knew that there was an arrest warrant out for Newman’s arrest due to recent findings on search warrant. Capeheart turned around his patrol vehicle to make contact with Newman but took off on the bike he was riding. Capeheart says he lost sight of the vehicle but when he got to the intersection of Fifth and Sycamore, he saw the bike lying on the ground. As Capeheart began to search for an officer with the Carmi Police Department observed Newman standing in front of a residence on Sixth Street talking with a group of people. The Officer with the CPD then placed Newman under arrest. When asked why he ran Newman said “I knew you were coming for me”.  Newman was transported to the White County Jail where is being held on a $7500 cash bond.