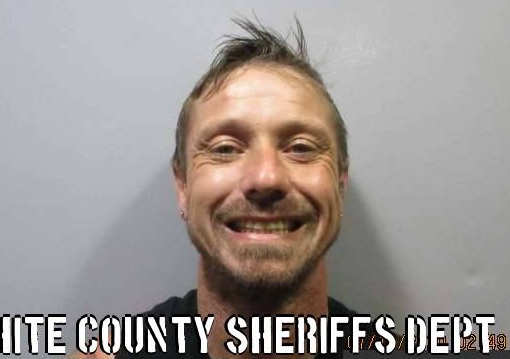 McLeansboro Police with assistance from Hamilton County authorities were able to serve a warrant Monday on a man who called them for service.  It happened just after 4pm when 37 year old David J. Graves called police to the 700 block of North Virginia Street.  As officers attempted to take Graves into custody on that warrant for a charge of Harboring a Runaway (an incident dating back to July 7th), Graves resisted.  While being brought under control, officers found a small quantity of suspected methamphetamine on his person.

In addition to the warrant arrest, Graves has been charged with Resisting Arrest and Possession of less than 5 grams of meth.  He’s currently behind bars at the White County Jail awaiting a first appearance in Hamilton County court Wednesday morning with Judge Eric Dirnbeck.