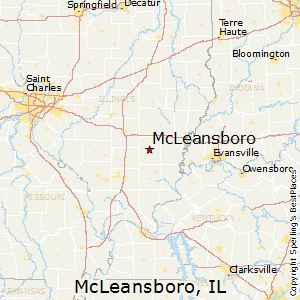 The McLeansboro City Council met in regular session Tuesday night for a little over an hour and a half.  Scott Mareing was there and has this report…

Half an hour before the regular meeting, a public hearing was held on the Fiscal Year 2023 Budget and Appropriation Ordinance.  It will be voted on at the July board meeting.

The board accepted the resignation of Don Cox from the board, where he has served for about six years.

Also accepted reluctantly was the retirement of John Karcher, superintendent of the electric department.  Mayor Chad May said it’s a big loss for the city.

The board members approved this year’s list of Mayoral appointments, as there were no changes from last year.

Mayor May gave first reading of ordinance #22-1083, changing the McLeansboro City Code concerning City Council, City Officials and Committees.  Second reading with passage will be at the July 12th meeting.

$7,680 in TIF money was approved for the resealing of pavement on the south side of the square.

After much discussion, the board decided to not allow vendors to sell at the city pool.

In a related matter, they accepted purchasing 15 new plastic chairs for the pool at a cost of $30 each and three new umbrellas for their tables for $30 each, the pool will be closed for July 4th, and the last day for the pool to be open for the season will be August 7th.

Approved was the moving of funds from the water account to the newly created Water Tower Construction Service Fund.

MTF money will be used for street projects.

The Fourth of July Fireworks Celebration will be held on Sunday the Third.  Police Chief Nathan Taylor noted that if the fireworks were on the Fourth then the Police Department would have to pay time and a half for overtime, and he wants to stay within his department’s budget.

Donetta Malone of the Historical Society addressed the council about moving the historic old jail near the courthouse closer to the square to use for reenactments at festivals.  The board members agreed to look into it.

The June Zoning Report was approved.  Administrator Pat Stevens wanted to inform people that if anyone wants to put a storage shed on their property that is 10 by 10 feet or less does not require a permit.  And sheds are not permitted on property lines or alleys.  She said if you’re not sure whether you need a permit for anything, to please call City Hall.

In the Police Department Report for May there were 322 calls received, 72 stops made, 43 citations written and two DUI arrests.  Dustin Beatty is now receiving his training at the Police Academy.

In the May Fire Department Report, there were six calls, two fires, one rescue call, and an auto accident.  Their new recruit has completed his training and will soon take the state test.