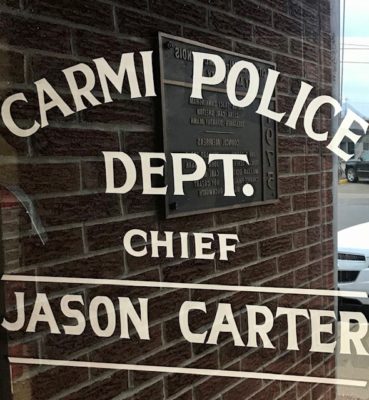 Fans of loud music and cannabis may want to take note of this report, as loud music and marijuana resulted in the arrest of a Carmi man just before midnight Monday.

Local police then responded to the scene a third time for the loud music at which time, Darling was placed under arrest. A subsequent search of Darling revealed cannabis in his pocket, resulting in the possession of cannabis in a motor vehicle charge.

Bail was set at $250 and as of early Tuesday morning, Darling remained in custody.

(The moral of the story; don’t play your music loud if your holding…and turn it down when told too.)

Earlier Monday afternoon, Carmi police arrested a Fairfield man on a Wayne County warrant for unlawful failure to register as a sex offender.

Kevin Alan Gill, 44, 120 Highland Avenue, Fairfield, was arrested around 4:30 Monday afternoon on the Pundrake lot at the corner of Fifth and Stewart Streets following a tip from the U.S. Marshal Service.