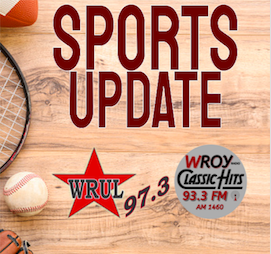 On Friday the Carmi-White County Bulldog basketball team defeated Flora by a final score of 61-45. Carmi jumped out to a lead midway through the first quarter, and never looked back. Hanging on for the win to improve their record to 6-1 on the year.

The Bulldogs will have a tough test tomorrow night when they travel to Benton to battle the Rangers who are also 6-1, after losing to Herrin on Friday 47-46, and defeating Mt. Carmel on Saturday 63-56.

Tomorrow night’s game can be heard on 97.3 FM WRUL and fans can also watch on the WRUL Sports YouTube Channel.

In other high school basketball action from Friday Night,

Sandoval got past Grayville 76-67

The CWC Girls basketball team will host Mt. Vernon Indiana tomorrow night at McDougal-Evers gymnasium. The Lady Dogs are 2-8 on the year, and they’ll look to snap a 4 game losing streak.