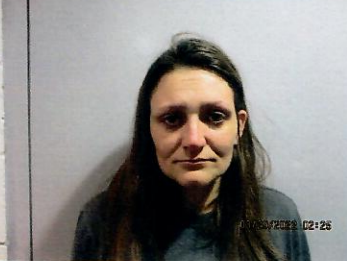 During a routine patrol at about 5:20 Tuesday (March 29) afternoon, a White County Sheriff’s Department Deputy was driving west on East Main Street in Carmi, when he noticed the vehicle in front of him had no visible registration. The vehicle, a 2002 Jeep Liberty, was pulled over at East Main and Staley Streets, assisted by two members of the Carmi Police Department.

The driver, Miranda L. Carter of 1956 State Street in Eldorado, said she had purchased the vehicle from someone in Indiana. She was asked if she had proof of insurance, but she said she hadn’t been able to contact her insurance agent yet. When asked for her driver’s license, Carter said she had it but thought it was suspended on March 23rd or 24th.

After a check of the driver’s license, it was learned that it was suspended. Carter was asked to get out of her vehicle and she was placed under arrest for Driving While License Suspended. A search of the Jeep found no weapons or illegal items, and Carmi Police transported her to the White County Jail. The vehicle was towed from the scene by S and E Auto.

Miranda Carter was issued a citation for no valid insurance and Driving While License Suspended. Bond was set at $250. She plead out in court and was released on Wednesday afternoon.