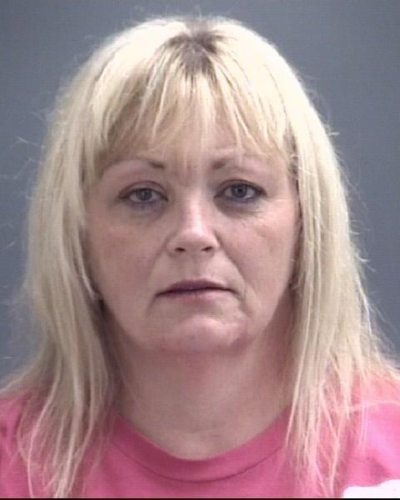 Deana Hoffman, 48, of Crossville, IL, was stopped by Indiana State Police Wednesday night just after 10 on State Road 64 east of County Road 100 North for driving left of center. Hoffman displayed signs of impairment. Her two children, ages 15 and 4, were also in the vehicle. Further investigation revealed Hoffman was under the influence of morphine. She was arrested and taken to the Gibson County Jail where she is currently being held on bond. Hoffman’s two children were released to a family member.