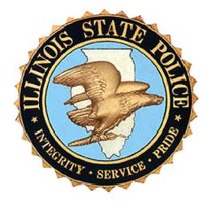 Carmi – Illinois State Police (ISP) District 19 Commander, Captain Nathan Douglas, announces the results of a Nighttime Enforcement (NITE) patrol conducted in White and Hamilton Counties during April. This NITE patrol allowed the ISP to focus on preventing, detecting, and taking enforcement action in response to impaired driving and occupant restraint violations, especially between the hours of 9:00 p.m. and 6:00 a.m.