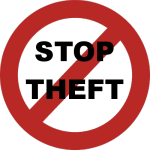 A burglary in Norris City has been reported to the White County Sheriff’s Department. On Thursday, August 24th, Sergeant Craig Poole responded to 508 U.S. Highway 45 in Norris City and met with Jerry Johnson of Johnson Truck Sales. Johnson advised Poole that 4-500 pounds of stripped copper along with 150 pounds of dark copper had been taken from a building on the property between the dates of August 14 and August 18th. Johnson supplied Poole with a picture of the copper that was left at the location that was similar. Johnson told Poole that there was no forced entry into the building.  The investigation is ongoing at this time.