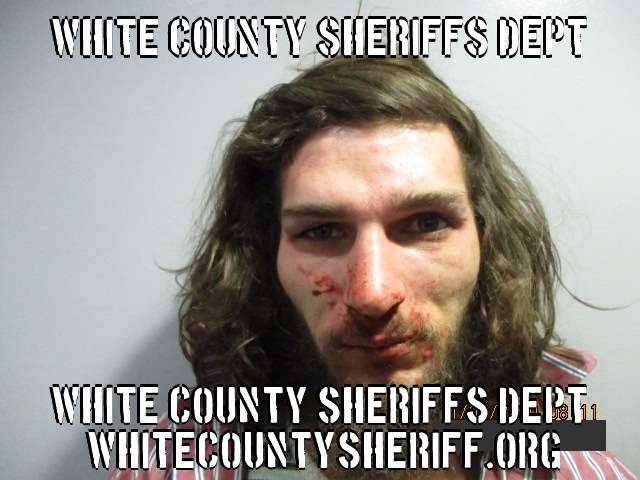 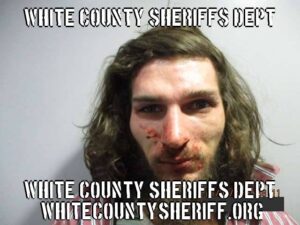 25 year old Zakkary M. Hosick of Crossville was arrested Monday night by the White County Sheriff’s Department and Carmi Police. At approximately 9:45 PM, White County 9-1-1 dispatch received a call from Crossville in reference to a disturbance at the White County Housing Apartments in Crossville. The caller stated that Lacy Duncan was being threatened by Hosick with a handgun.

When Officers arrived, they observed Hosick pinned to the ground by another male in the grass outside of the apartment. Hosick was placed in handcuffs and the handgun, which turned out to be an “airsoft” pellet gun with an empty magazine and chamber, was retrieved and secured as evidence.

Lacy Duncan stated that Hosick came to her apartment the day before and spent the night. She told Officers, Monday evening she told Hosick he needed to leave and he became angry. Hosick obtained what she thought was a handgun and threatened to kill her and her son Landon. She said at one point Hosick held the gun to her head. Hosick also threatened Duncan’s nephew. Duncan stated that nothing physical happened during the dispute. A written statement and signed complaint against Hosick for Aggravated Battery was provided by Duncan.

Hosick was transported to the White County Jail where he remains held on $250 cash bond.