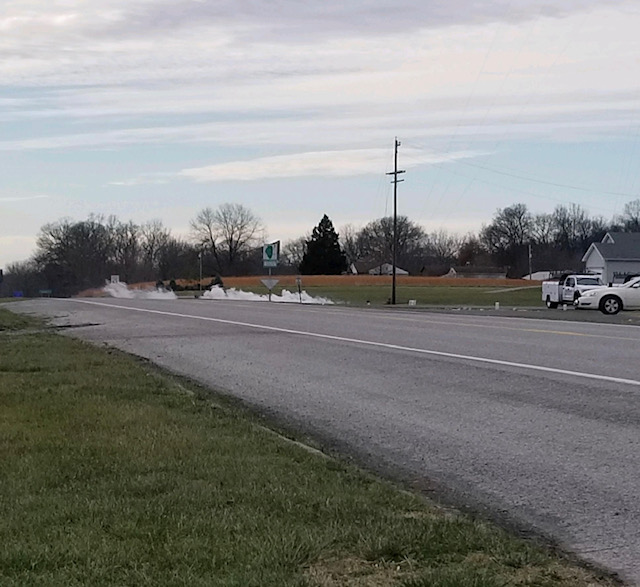 A helicopter piloted by a local man struck powerlines on Illinois Route 14 near Saunders Avenue in Carmi Sunday afternoon.  The Illinois State Police remain tight lipped on details only saying that no injuries were reported and describing the accident on “unknown reasons”.  Carmi Mayor Jeff Pollard confirmed to WROY/WRUL News Tuesday night that the FAA had been contacted and had been in touch with both Wayne White Electric Cooperative as well as the city’s line department foreman.  Witnesses sent us a photo showing the lines down and the scorched earth smoking following the impact.

Stan Williams, the pilot, tells us he was working on the copter earlier in the day and when he went to take off just shy of 2:30pm, he did so to the west.  In trying to reach 65 knots, the helicopter began to elevate and Williams was unable to see clearly due to the sun resulting in the blades coming into contact with and snapping the power lines.  Luckily neither Williams, nor any passers-by were injured.  Williams says he met with the FAA earlier in the day Wednesday and will be paying for the repair to the power lines.  Power was out in the area Sunday for about 2 hours.