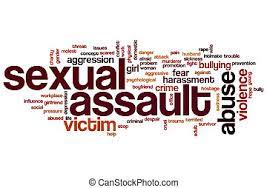 A former house parent at the Baptist Children’s Home appeared in court Wednesday and pled guilty to two counts of Criminal Sexual assault, class one felonies.  42 year old Daniel Lanning admitted that between March 31st and April 1st 2022, he “committed two acts of sexual penetration” with a juvenile between the ages of 13 and 18 years of age. Lanning held a position of trust, authority and supervision of the juvenile as a house parent. Lanning is set to be sentenced on November 3rd, 2022. Although class 1 felonies have a standard sentencing range of 4-15 years, Lanning will be sentenced between 8-30 years in the Illinois Department of Corrections depending on what the judge decides as the two counts will run consecutive to one another. These offenses are not eligible for probation. Whatever sentence Lanning receives, he will have to serve a minimum of 85% of the sentence, and he will be sentenced to parole for between 3 years up until natural life.

Lanning was ordered to undergo a sex offender evaluation and a pre-sentence investigation report. The victim’s family, who had regular contact with the state’s attorney’s office, was in agreement with the matter proceeding this way. The White County Sheriff’s Department along with the Illinois State Police investigated the case. Public defender Brian Shinkle is representing Lanning and Denton Aud is prosecuting the case.  Judge T Scott Webb is the presiding judge that accepted the defendant’s plea of guilty and who will ultimately decide Lanning’s sentence on November 3rd.