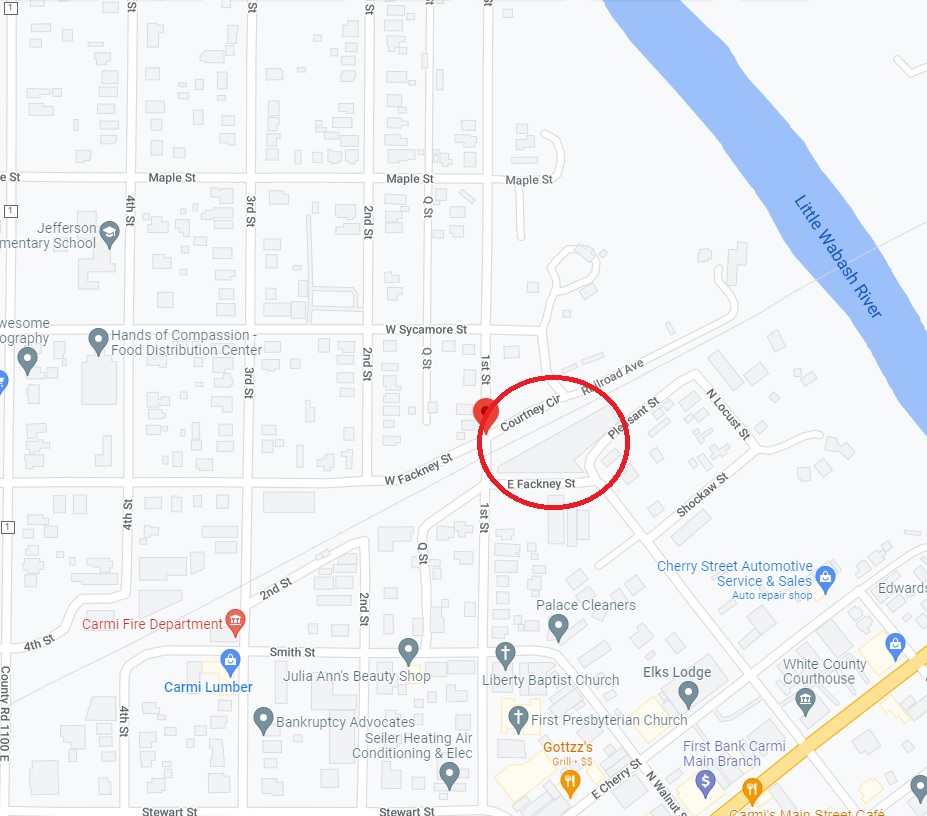 An exhausted Fire Chief and volunteer fire crews are finally getting a break now after a massive blaze broke out early Saturday morning in Carmi that ended up killing internet and power to a large section of the city.  Carmi Chief Larry Hite tells WROY/WRUL News the fire apparently broke out sometime between 4 and 4:30 as calls came in around 4:34am Saturday morning that the old lumberyard near the water tower at Fackney, Courtney Circle, and Pleasant Street was consumed with flames.  No persons were injured.  The building had sat empty for years however and it’s fair to assume several varmints have been scattered or perished.  Additionally, Hite says the city’s water building sustained some damage, he estimates 4 or 5 residences suffered some damage including melted siding due to the extreme heat of the fire.  The iconic water tower will also require further inspection as the base is mostly covered with soot and is no longer white.  The railroad crossing arms also most likely succumbed to the high temperatures and will probably need replaced.  The fire scorched power lines and a large swath of the municipality lost power until about 2pm Saturday.  Internet also went down for an even larger portion of the city.  The state fire marshal was called in and Hite says crews will be back on Tuesday to hopefully help discover the ultimate cause of the blaze.  Firefighters from Crossville, Enfield, and Norris City assisted in the emergency.