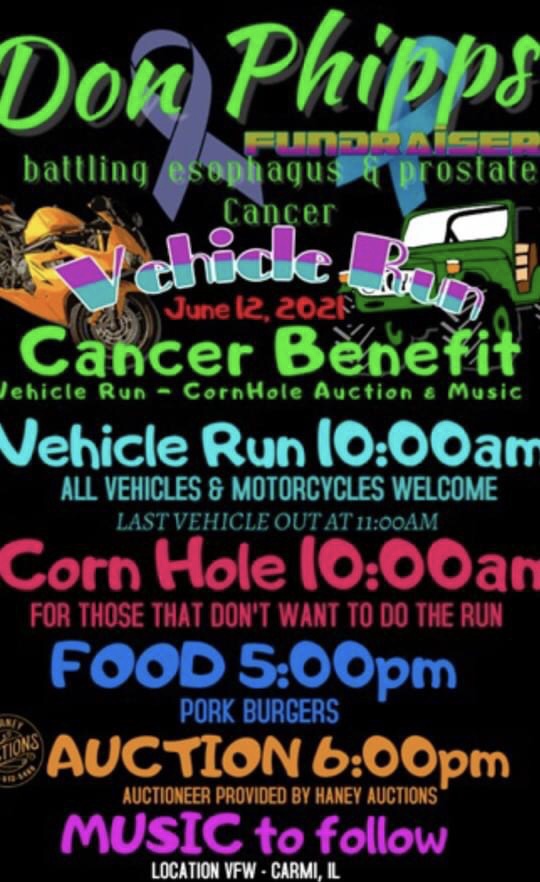 A fundraiser cancer benefit for local Don Phipps is coming up June 12th and will feature a Poker Run, CornHole, auction and music.  Don is battling esophagus and prostate cancer.  He and his son Kevin run Don Phipps and Sons HVAC in Carmi.  The day kicks off from the Carmi VFW beginning at 10am.  All vehicles and motorcycles are welcome on the run with last vehicle out at 11am.  Among the stops are the Norris City American Legion, the McLeansboro Elks, Scooterdale in Thompsonville, the Harrisburg American Legion, and finally the Ridgway American Legion before returning to the Carmi VFW.  Cornhole will be available at the Carmi VFW at noon if the poker run just isn’t your style.  Pork burgers will be available beginning at 5pm and an auction will follow at 6pm.  Live music will wrap up the night.  Again, that’s coming up on Saturday, June 12th.