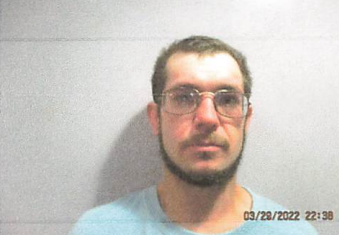 Want a guaranteed trip to the White County Jail? Trying to flee or elude police officers is a sure fire way to do the trick.  On Wednesday, March 30, 30 year old Daniel Desper of 701 N Summit Street in Carmi was driving a motorcycle on Schumaker when an officer with the Carmi Police Department says he tried to initiate a traffic stop. According to the report, Desper refused to stop and eventually ran into a ditch a Shipley Street, where he was placed under arrest for Driving While License Revoked, Aggravated Fleeing and Reckless Driving. Desper is being held in the White County Jail on a $2500 bond.

No court date has been set at this time.