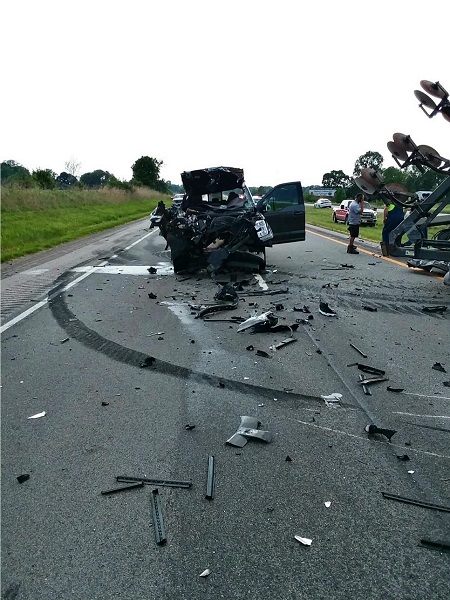 Crews worked into the evening hours yesterday to clean up a crash in Knox County, Indiana involving a pick up and a tractor.  Indiana State Police say they had a trooper out on patrol who drove up on the serious accident.  The investigation suggests 36 year old Phillip Murray of Washington was driving a Ford F150 eastbound on US 50 just

west of Mt. Zion Road when for unknown reasons he plowed into the rear of a farm tractor pulling an implement.  The tractor, authorities say was eastbound and off the shoulder of the roadway.  Murray was taken to Good Samaritan Hospital in Vincennes and later airlifted to Deaconess in Evansville with some serious injuries.  46 year old Jason Wichman, also of Washington, was driving the tractor.  He was taken to a Daviess County medical facility with non life threatening injuries.  Traffic was shut down for about 3 hours while troopers worked the scene and clean up took place.

Truck Overturns After Colliding With Tractor

White County Board to Meet Monday at 7PM