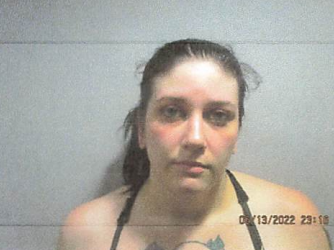 A theft that occurred at the Dollar General Store in Carmi landed a Grayville woman in the White County Jail. On Tuesday an officer with the Carmi Police Department arrested 28 year old Victoria S Christopher of 502 B Water Street for Retail Theft. Christopher was caught taking several items without paying. The total of stolen merchandise was $80.00.  Bond was set at $100 as well as a $20 booking fee. Christopher paid bond and was released. No court date has been set at this time.