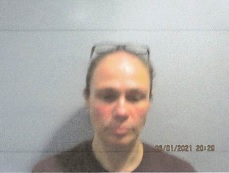 41 year old Sarah Taylor of Carmi is behind bars at the White County Jail following her arrest Wednesday at Pundrakes.  Carmi Police say they observed Taylor in a silver Dodge driving on Stewart Street and say they knew the vehicle had a suspended IL registration for a mandatory insurance violation.  Taylor was pulled over in the gas station parking lot where a search of the vehicle revealed a small amount of meth and also several pieces of drug paraphernalia.  Taylor was subsequently arrested and is charged with Unlawful Use of Property, Possession of Methamphetamine, Possession of Drug Paraphernalia, and Operating a Vehicle with a suspended Registration.  Taylor was due in White County court for a first appearance Thursday morning at 10am.