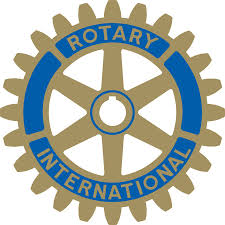 Thursday’s meeting of the Carmi Rotary club was a low-key event as the Rotarians primarily focused on a couple of upcoming events.

First up, the Rotarians discussed the upcoming Trivia Contest. This year’s fall event will be a little earlier than usual. In year’s past, the contests have always been linked to the time change dates. This year’s fall contest will be held on Saturday, October 22nd. The first question will be asked promptly at 6:00pm, and the night should wrap up around 8:00. The event will be held at the American Legion on Oak Street in Carmi.

Next up, the Rotarians had a lengthy discussion of the upcoming chili supper. The club had been talking about returning to a sit-down meal this year after several covid years of take-out service only. The members are now rethinking this idea, since there are several members not available on the planned date, and that will make service and other issues a little harder than usual. The Rotarians brought up several options for places to hold a drive-through meal and decided to table the discussion until next week.

In club business, Dale Peters won the 50/50 drawing but did not capture the day’s cash prize. Randy Adams was named as the day’s phantom.