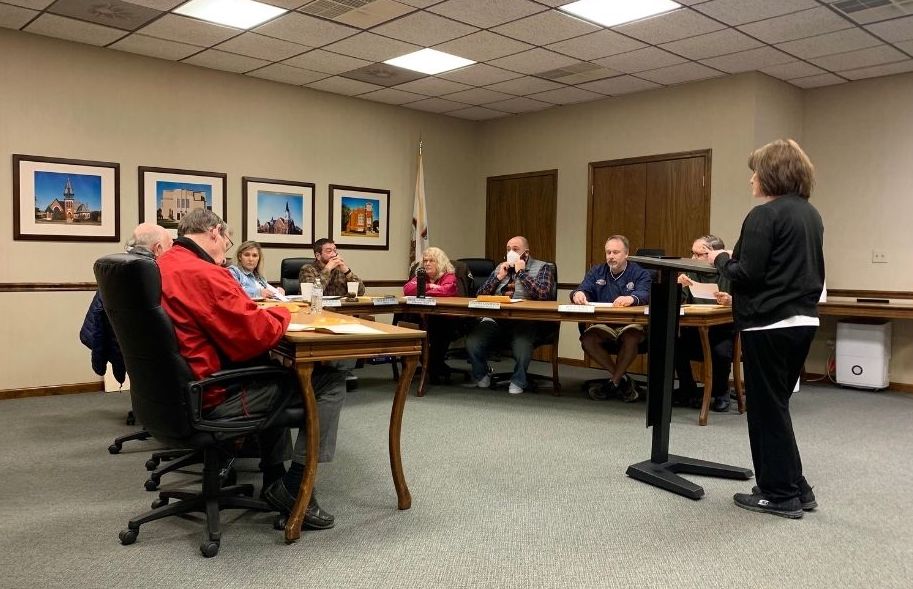 The Carmi city council meeting held on January 18th, 2022 got things moving for the year.

Kathy Sale, a Carmi resident, recently sold her former home and is looking to relocate. Prior to the meeting, a public hearing was held to request a permit for a mobile/modular home on 401 Schumaker Street. This lot used to house a mobile home many years ago, but Sale wants to move a new one in. Following the public hearing, the council voted and granted approval of the permit. She will begin moving in, in as soon as 6 weeks.

Alpha Mechanical Services, Inc. will also be moving forward with the repairs for the fluid cooler leak at the Carmi Light Plant. The cost totaled $23,585 and is a necessary transaction for the city.

A TIF facade agreement was granted to the White County Historical Society for the Robinson Stewart House for $5,000. Ward III, Mark Blake, noted that this money will definitely be put to good use and the council agreed.

The Carmi police department’s new building on Oak Street is in need of a budget for remodeling, furniture, and equipment. The council granted Mayor Jeff Pollard’s request of $150,000. Mayor Pollard does not foresee all of this budget being used and what is not spent will be returned, but for the sake of timing and the expected date of switching buildings, this budget will allow them to make purchases necessary in the allotted time. Jason Carter, Carmi Police Chief, thanked the council for their support and making the necessary decisions to help the department move forward.

The Carmi city council is now adjourned until next month.