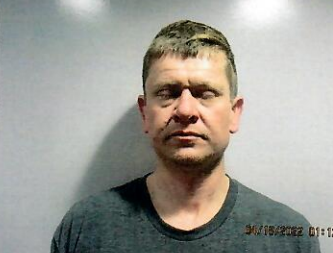 A Carmi man wanted on an outstanding warrant, racked up more charges before being taken into custody on Monday afternoon. At around 3:45 Deputy Capehart along with Sheriff Graves and Deputy Poole observed a male believed to be 38 year old Gregory Burchfield, standing in front of his welding garage in Crossville. The officers were aware that Burchfield had warrants out for his arrest. Burchfield was informed of the arrest and taken into police custody. A custodial search resulted in the discovery of a small bag of methamphetamine in his front right pocket as well as a glass pipe with white residue, believed to be used to smoke methamphetamine.  Burchfield was placed under arrest for the issued warrant and for the Possession of Controlled Substance and Drug Paraphernalia.