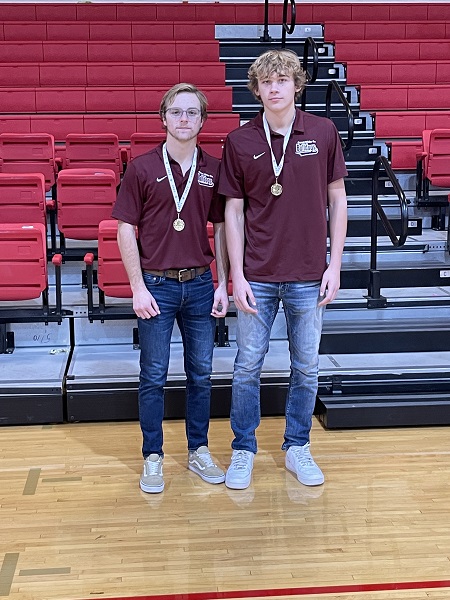 The Carmi-White County Bulldogs found themselves finishing the DuQuoin Tourney 2-2 with some impressive play that sometimes showed the youthful inexperience of the team. The Bulldogs return only one starter from last season in Bryce Conner, but he was a force to be reckoned with. Completing the lineup are seniors Brody Atteberry and Ty Stubblefield, junior Tyler Goemaat, and sophomore Landon Driscoll. They received good help from the bench in the
young freshmen Mitchell Edwards and Gavin Holloman, as well as junior Branten Stockton.
In game one on Monday, the Bulldogs faced the tourney hosts, and their bench was deep. With a total roster that includes more than 20 players, DuQuoin was able to use a twelve man rotation and bring in a fresh set of players about every few minutes. The final score was 80-66, with DuQuoin coming out on top. The Bulldogs were led in scoring by Bryce Conner with a career high 31 points, followed by Tyler Goemaat with 9, Stubblefield and Atteberry 7 each, Holloman 6, Edwards 4, and Driscoll 2.
The Bulldogs faced West Frankfort on Wednesday evening, and came out on top to the tune of 55-44. The Bulldogs 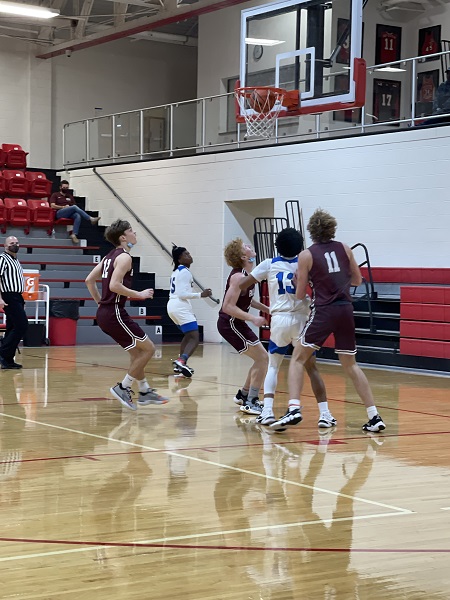 jumped ahead in the first quarter and never looked back. Tyler Goemaat hit 7 out of 8 free throws in the fourth quarter to push the Bulldogs on to victory. The Bulldogs were led in scoring by Bryce Conner with 25, Goemaat added 13, Stubblefield 6, Driscoll, Edwards, and Stockton each added 3, and Holloman 2.
On Saturday the Bulldogs played Cairo at 12:30. The Pilots used a switching defense that stymied the Bulldog offense early on, but the Bulldogs responded with 23 second quarter points to take command. They finished off the Pilots with a final score of 68-37. Conner led the scoring with 31 points, with 23 of the 31 points coming in the first half. Eight other Bulldogs contributed to the scoring column. Atteberry scored 7, Goemaat and Stockton each added 6, Holloman brought in 5, and Driscoll and Edwards came through with 4 each. Macen Haywood added 3,
and Connor Newell added 2.
The final game for the Bulldogs was on Saturday at 4 pm as they faced Red Bud. The Bulldogs came out hot as Conner hit 3 three pointers in the opening minutes. The momentum appeared to be swinging in the Bulldogs’ favor. It was a back and forth game with Red Bud extending their lead in the fourth quarter. The frisky freshman Edwards came in off the bench and hit 3 three pointers to help pull the Bulldogs to within one point with ten seconds remaining. The Bulldogs made obvious attempts to foul, but Red Bud sealed the victory with a layup as the fouls were overlooked. The Bulldogs walked away with a heartbreaking loss of 43-40. In the scoring column, Conner led the way with 15, Edwards and Driscoll each added 9, Atteberry 5, and Holloman 2.
They may have only finished the tourney at .500, but CWC did not go unnoticed. Scrappy senior Ty Stubblefield was chosen as the Sportsmanship Award winner for his hustle and attitude towards officials, coaches, and other players.
The big honor of the evening went to Bryce Conner as he was chosen Most Valuable Player of the DuQuoin Tournament. The announcer described the honor as being “well-deserved” as Conner led the entire tourney in scoring, racking up an impressive 102 points in just four games.
The Bulldogs are back in action Tuesday night at Norris City as they face the Cardinals in a White County matchup.