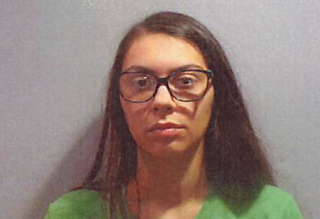 Driving too fast in a school zone resulted in the arrest of a Carmi woman on Wednesday afternoon. An officer with the Carmi Police Department observed 20 year old Hannah A Anderson of Stevan Street speeding and initiated a traffic stop. Anderson was arrested and is being charged with Driving While License Suspended, Possession of Cannabis in a Motor Vehicle, Operating an Uninsured Motor Vehicle and Operating a Vehicle with Suspended Registration due to No Insurance. She was transported to the White County Jail where bond was set at $250 plus a $20 booking fee. Anderson paid bond and was released a few hours later. No court date has been set at this time.