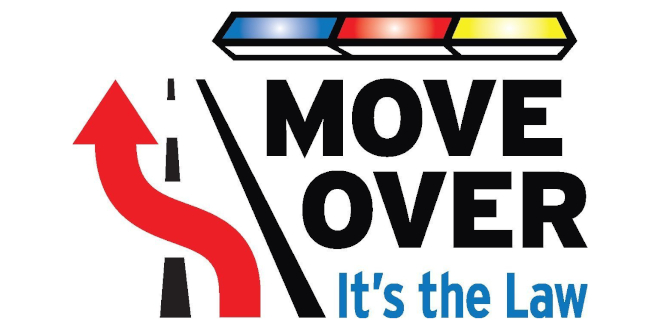 In the past three days, six ISP squad cars have been struck due to motorists disobeying the Move Over Law (also known as Scott’s Law), bringing the year-to-date total to 10 in 2021. Three of these recent incidents resulted in injuries, including one serious injury. These incidents occurred across the state in ISP District(s) 2, 5, 13, 16 and Chicago.

“Scott’s Law is critical to keeping our first responders safe as they heroically serve us on our roadways,” said Governor JB Pritzker. “Especially now, as we continue to experience extreme winter weather, it is imperative that drivers slow down and move over as they approach a vehicle with their hazard lights on. I’m praying for our Illinois State Police troopers who have been injured in the line of duty in recent days and imploring all Illinoisans to drive safely and follow the law.”

“We are only six weeks into the new year and we’ve already had ten squad cars struck because people do not obey the law,” said ISP Director Brendan Kelly. “But this about more than just obeying the law- it’s about basic decency and respect for the very lives of the brave souls on our streets simply trying to help the public.”

Governor JB Pritzker has been heavily involved in the effort to bring awareness to the Move Over (Scott’s) Law and signed two pieces of legislation in 2019 as a part of his ongoing effort. Public Act 101-173 increased the fines for those violating this law. A person who violates Scott’s Law, commits a business offense and faces a fine of no less than $250 or more than $10,000 for a first offense. If the violation results in injury to another person, the violator’s driver’s license will be suspended for a mandatory period of anywhere between six months and two years.

Additionally, a Move Over Task Force, implemented through Public Act 101-174, was created to study the issues of violations of the Move Over (Scott’s) Law and how to protect emergency responders. Both Senate bills were effective Jan. 1, 2020.

As chair of the Move Over Task Force, ISP Director Brendan F. Kelly continues to make the Move Over Law a top priority. “As an agency, we have responded to the preventable loss of four ISP Troopers in 2019 with resiliency and a focused mission to protect those who are trying to protect all of us. As long as the danger to our first responders exists, and the danger is obviously apparent, we will continue to raise awareness and aggressively enforce the Move Over (Scott’s) Law,” said ISP Director Brendan F. Kelly.

In the inclement weather that we are experiencing throughout the state, motorists are encouraged to stay home. If travel cannot be avoided or delayed, drivers should allow plenty of time for travel, avoid tailgating, reduce speed, pay attention to the road and slow down and move over for emergency vehicles. Following winter driving tips will help reduce accidents and injuries, but staying home, if possible, is the safest choice right now.

The Move Over Law requires drivers to change lanes when approaching stationary emergency vehicles, including highway maintenance vehicles displaying flashing lights, and any stationary vehicle with their hazard lights activated.  The law also states, if changing lanes would be impossible or unsafe, drivers are required to proceed with due caution, reduce the speed of the vehicle and leave a safe distance until safely passing the stationary vehicle. Move Over and Slow Down. Help us help you.