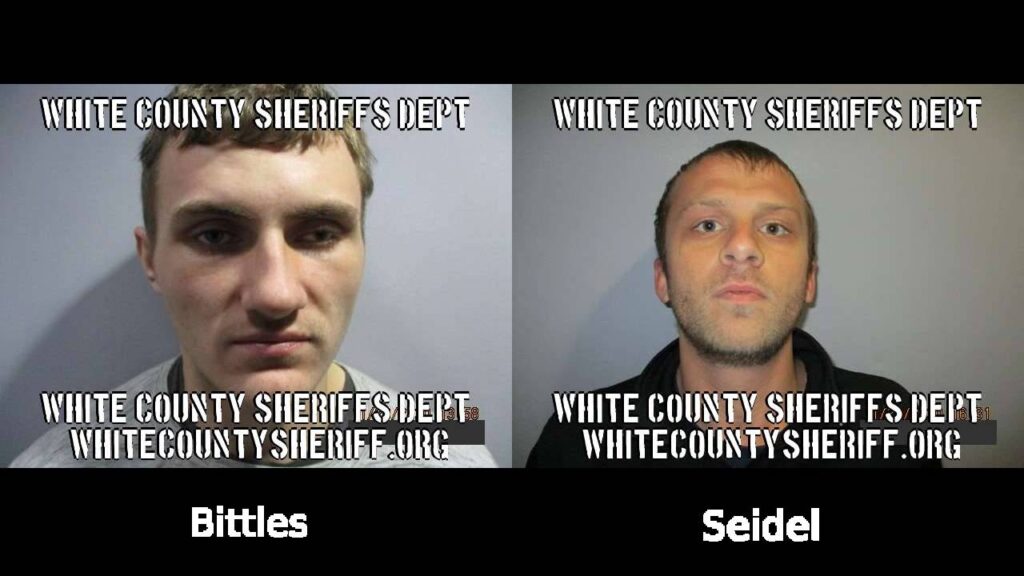 Early Monday morning, around 2:04 AM, White County 9-1-1 Dispatch received a call from Travis Vaughn, the owner of Chuck Wagon Charley’s, in reference to a possible break-in. Vaughn stated he observed two people inside the store, on camera, that were obviously there illegally. The Illinois State Police, along with the White County Sheriff’s Department, responded to the scene and found a white passenger car and a green jeep parked in front of the store. Both vehicles had people inside. An Illinois State Trooper secured the people in their vehicles until backup arrived. A further investigation revealed that 20 year old Lake A. Bittles of Sims and 25 year old Brannen D. Seidel of Wayne City had been inside the store, entering by breaking the glass door on the back of the store. Preliminary information revealed the two had taken approximately $250 worth of lottery tickets and a couple of packs of cigarettes. Vaughn estimated the cost to repair the damaged back door to be over $1000. Bittles and Seidel were taken into custody by the State Police and charged with burglary, theft and criminal damage to property. They were taken to the White County Jail where they remain held.

The people inside the jeep were not involved in the burglary and were released. They were friends of Bittles and Seidel who were called to come and get them after the two had hit a post with their car, disabling it. 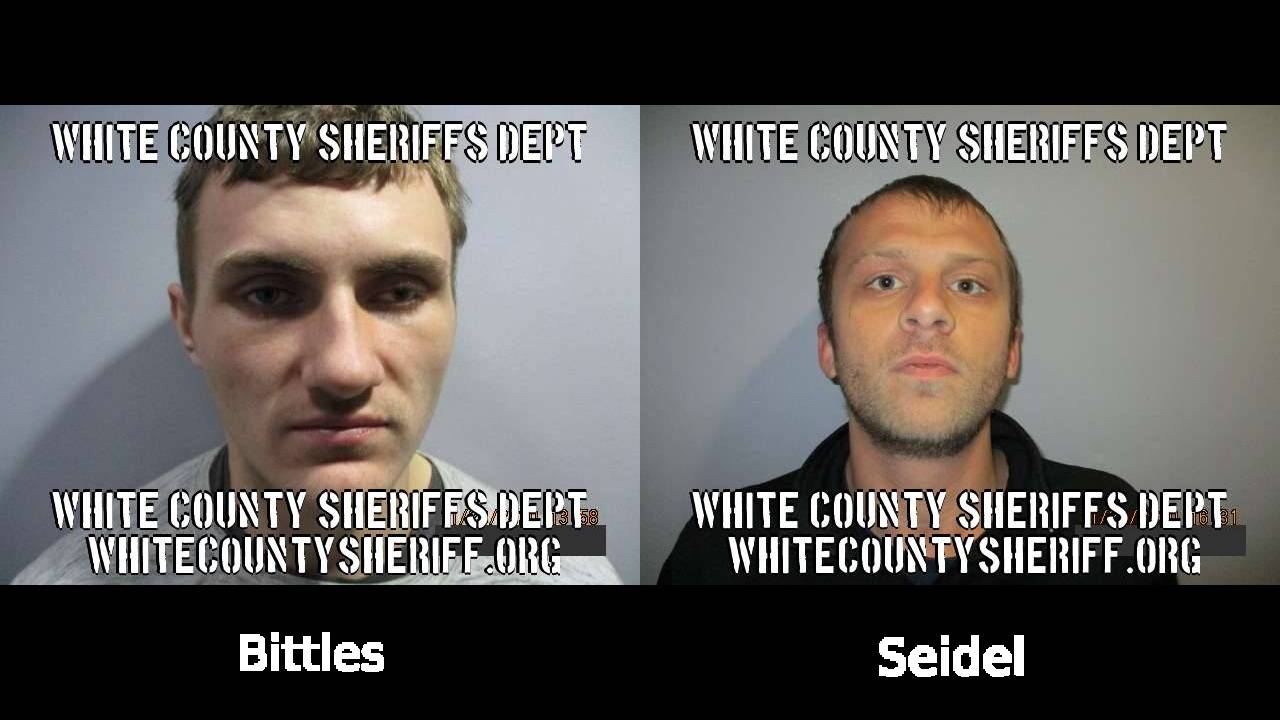