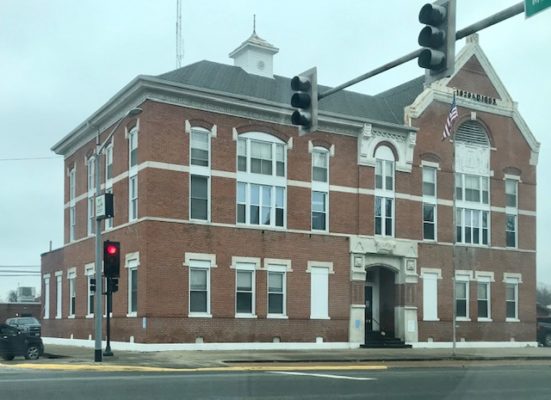 The White County Board took action Tuesday night to purchase not one, but two ambulances despite outgoing chairman Donnie Puckett’s initial hesitation to make such a large purchase without more information and consideration.   In addition, it’s unclear, even doubtful that the county has budgeted any monies toward the purchase for the vehicles.  When our reporter asked, board member Ron McAnulty responded “if it’s not in the budget, we’ll have to get it out of contingency until we can put it in the budget.”  The investment for two new ambulances is expected to be somewhere in the neighborhood of $220,000.  Helpful, the seller’s financing allegedly would allow the county to place in arrears the first year of payments.  Board member Ken Usery was most vocal about moving forward noting that in his estimation, for about $3,500 more per year, they can have two new ambulances for what it has been costing just to keep the 3 current vehicles (all with near or more than 300,000 miles each) running.

The meeting was Puckett’s last following 10 years on the county board.  He’ll be replaced by Cassie Pigg, elected November 3rd.  She was also in attendance and added valuable consideration on the ambulance discussion.  Several folks including State’s Attorney Denton Aud who, though absent, sent a message via White County Coroner Chris Marsh expressed their appreciation for Puckett’s service since 2010, saying…

“I’d like to say a special ‘Thank you’ for his service to the county over the last 10 years as a County Board member and specifically the last two years of County Board Chairman. I’m sure that the rest of the elected official share the sentiment.  Don has been an absolute pleasure and privilege to work with in his role as chairman. I truly felt like there’s been a genuine partnership between the Board and the elected officials so that we could have everyone working together for the good of the County, free of ego and selfishness. There’s been actual unity which resulted in a lot of great accomplishments as a result of his leadership on the Board and partnership with the elected officials. He has been open for dialogue and has been engaged in many areas without ever overstepping his authority. I wish that his tenure on the Board wasn’t ending at this time, however, I appreciate his many years of service and wish him the best of luck.”

A slew of appointments were approved at the meeting as well including Gary Morris, John L. Campbell, Bill Jones, David Brown, Albert Walsh, and Tim Barbre to Drainage Districts for terms ending early September 2023.  The county board also established agreements, one for a bridge replacement over Crooked Creek just under 2 miles southwest of Crossville; the other with IDOT to add lights and gates at a railway crossing on CR 1100 North in Maunie.  Additionally, Justin Dartt was reappointed to the Egyptian Health Department Board for a 2 year term beginning next month.

In regular communications and county officer reports, it was noted that board member Jake Carter was absent due to the passing of his mother, Alice.  Puckett also let the board know that Animal Control Officer Charlie Mick had been life flighted earlier this week and was suffering from a serious kidney infection.  Thoughts and prayers were wished for both men and their families.

Highway Department Engineer Brian Ray provided updates from two solar farms working towards operation, Ranger Power in Indian Creek and other Invenergy, northwest of Centerville Road.  He says Invenergy is hoping to begin construction in 2023 and is continuing it’s work on leasing.

The Circuit Clerk, County Treasurer, Sheriff, State’s Attorney, Supervisor of Assessments, EMA, TB Officer, and 911 Coordinator were all absent.  Treasurer Pam Armstrong did send the September, not October, report to county board members but didn’t make one available to media.  We were still able to obtain a copy, which shows the general fund lost more than $105,000 for the month (of September) and was in the red by more than half a million dollars ($551,415.28).  Supervisor of Assessments Terri Abell was again not in attendance, but texted an update to Puckett to be read at the meeting.

“I want to update the citizens of White County and the Board on where we are at in the process of getting tax bills sent out. I spoke with the Department of Revenue October 30th. They are only working in the office on Tuesdays and doing what they can from home, so we’re still waiting. The good news is, for the first time in twenty one years we haven’t had a county-wide equalization factor put on, so your assessed values did not go up unless you were reassessed for something new was added. I don’t foresee a factor being put on by the Department of Revenue, which will make our multiplier a 1. If your tax bills go up it will be due to the tax rate. I would also like to say the treasurer’s office is taking three payments based on last year’s amounts. If you are wanting to go ahead and pay, I appreciate everyone’s patience and understanding. Thank you.”

With no executive session, the county board wrapped up just before a quarter till 8pm.  The next gathering will be December 8th, though a special meeting is expected to be called prior to then.