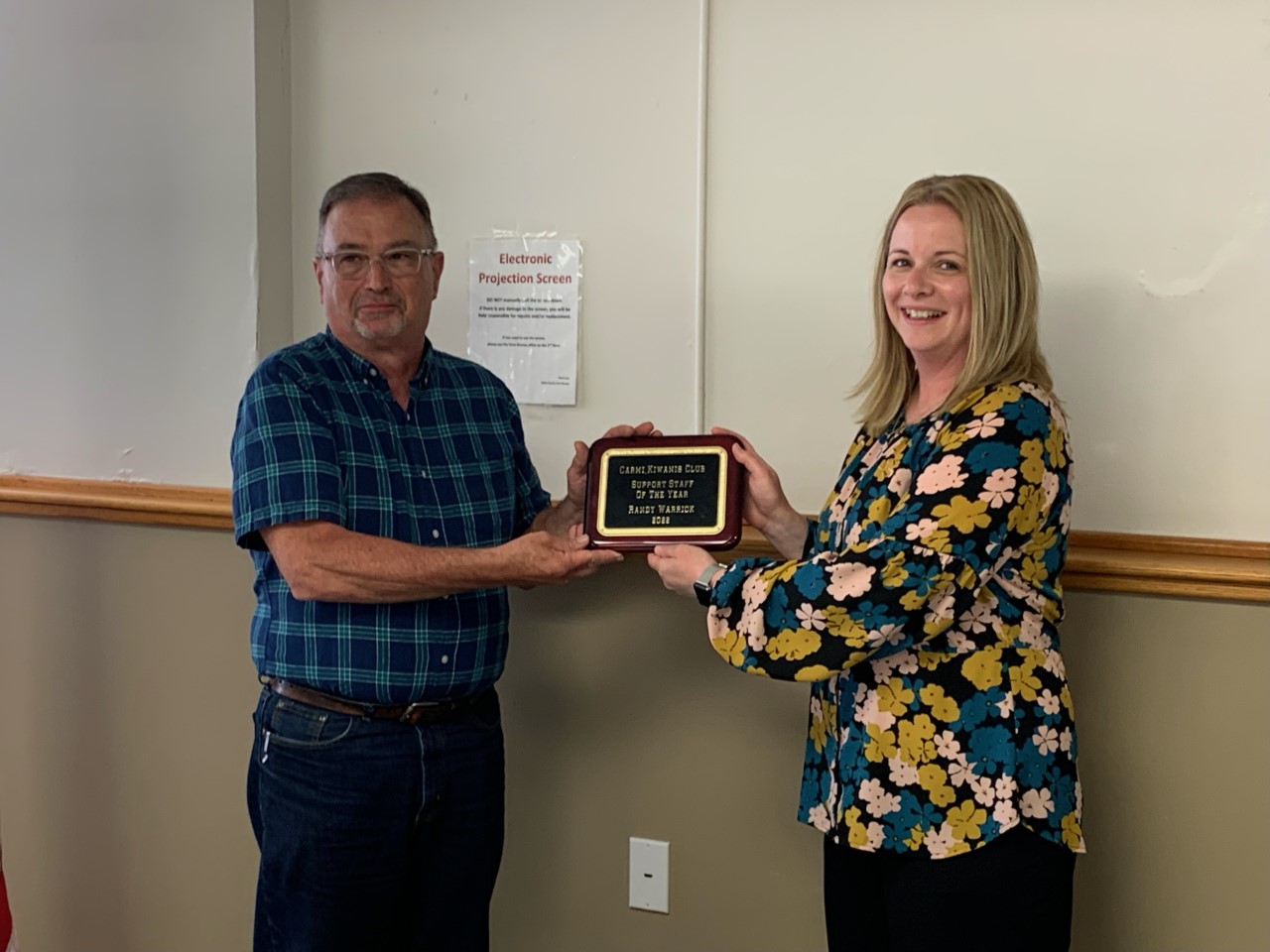 This week’s Carmi Kiwanis Club meeting was highlighted by the announcement of the club’s Educator of the year and Support Staff of the year awards.  The committee received several nominations for these awards, but ultimately they narrowed it down to two individuals who they thought had done a particularly outstanding job in their position.  The winner of the Support Staff of the Year award went to Maintenance Director Randy Warrick.  Dr. Frank Barbre shared some of the kind words that were included in the nomination letters for Randy

The award for Educator of the year went to Principal Dr. Amy Dixon.  Dr. Barbre went on to read some words from the nomination letters she received

Dr. Dixon expressed her gratitude for the award as well 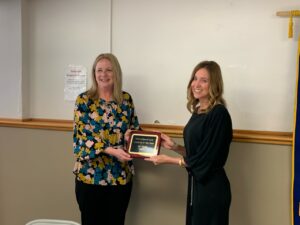 The Kiwanis Club meets every Thursday, and we’ll be there covering it, make sure to tune in next week for a report of their next weekly meeting here on WROY/WRUL.