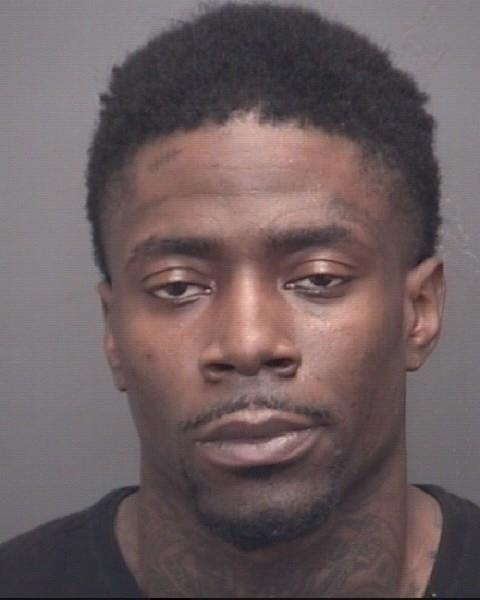 Thursday afternoon at approximately 4:50, Indiana State Police Trooper Widner was patrolling in the area of Fulton Avenue, near Ohio Street, in Evansville, when he stopped the driver of a 2017 Audi for making an unsafe lane movement. The driver was identified as Kelvin Simmons, 29, of Henderson, KY. Widner also detected a strong odor of marijuana coming from inside the vehicle. When Trooper Widner asked Simmons to step out of his vehicle he immediately rolled up his window and began to search for something in the passenger seat area. Widner struck the window and ordered Simmons out of the car. Widner attempted to open the door but it was locked. After continuing to order Simmons out of the car, Simmons exited his vehicle and was placed in handcuffs without further incident. After additional officers arrived to assist, a search of the vehicle revealed a fully loaded handgun with armor piercing rounds under a backpack located on the passenger seat. Officers also found a small amount of marijuana and another fully loaded magazine. Further investigation revealed Simmons is serious violent felon and is prohibited from carrying a firearm. Simmons was arrested and taken to the Vanderburgh County Jail where he is currently being held without bond on charges of Possession of a Handgun by Serious Violent Felon, a Level 4 Felony, Possession of Handgun without a License with Prior Conviction, a Level 5 Felony, and Possession of Marijuana, a Class A Misdemeanor.