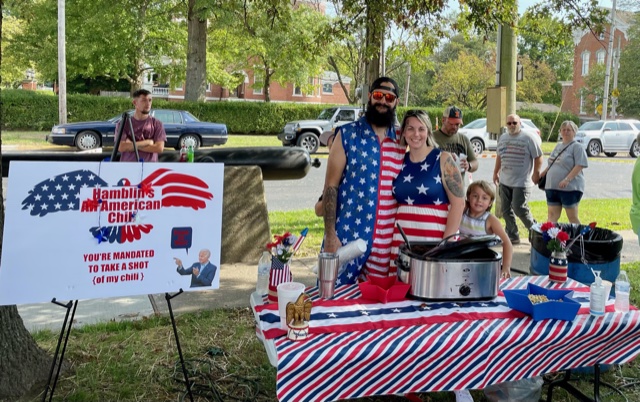 Taster’s couldn’t decide a definitive top chili at this year’s Corn Day Chili Cook Off.  Well over a hundred folks turned in their choice as judges of this year’s contest.  Once in peril of potentially being cancelled due to low turnout, the contest this year ended up with 9 teams vying for bragging rights and cash prizes.  Zach Hamblin and the Carmi Elks finished with the exact same number of votes as the best recipe.  They split the Taster’s Choice voted on by individuals and received the $100 prize as best in that category.  Hamblin was also awarded most team spirit determined by how well competitors decorate and dress as well as their enthusiasm.

Winners of the Judge’s Honor awards include Melinda Newman and Megan Mercer who came in third place and picked up $50.  The Carmi Elks Club was the judges’ second choice.  The top prize this year went to Jeff Sturgal.  He wins those aforementioned bragging rights and a $200 prize.