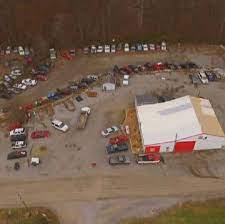 A theft was has been reported by a local businessman. Steve Talley reported to the White County Sheriff’s Department that an item had been stolen from his salvage yard and he wanted to file a complaint.  An officer with WCSD went to S & E Auto Salvage to have Talley sign the complaint and complete the written statement. Talley stated that on March 8th, and individual arrived at the yard to get a brake rotator off of a car. Tally stated it only takes 20-30 minutes to pull a brake rotator off a car, but that the individual was out in the salvage yard for over 2 hours. Talley then inspected the car and found a brake caliper had been removed also. He then called the individual and told him to bring it back in which the man replied, “I’ll return it if I don’t need it.”  Talley stated that he did get paid for the part after a confrontation. An employee then viewed the security tapes and viewed the man taking multiple items and failed to pay for them. Talley completed the written statement, signed the complaint, and gave the video footage to the officer.