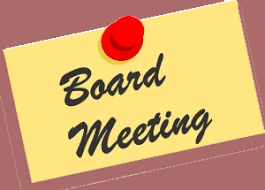 “I wasn’t elected to be a maintenance man.”  Those are the words of newly elected White County Sheriff Jordan Weiss.  Weiss expressed frustration at the condition of the Sheriff’s office, the County Morgue, the White County Ambulance Building, the annex, and the State’s Attorney’s Office.  Weiss would later in the meeting express his displeasure about having ARPA funds denied for repairs while the work at the former Carmi Times building continues.  County Board Chair Cassie Pigg replied that she’s applied for a grant that would allow for repair to public structures.  Weiss was told to go seek bids for the repairs that need made.  In addition, the sheriff requested to hire a maintenance person for 15-20 hours per week to assist with the current upkeep.  That request was ignored.

Weiss says the county is selling four Humvees donated to the county by the federal government a decade ago and that he plans to use the money from the sale of those vehicles on building repairs.  Additionally, the Carmi Elks Lodge is interested in purchasing a trailer the Sheriff’s Department is in possession of.  A new patrol vehicle has been ordered to replace the 2017 Ford Explorer and that vehicle was purchased utilizing commissary funds.

A Carmi couple that have made a name for themselves through an online chat group on Facebook showed up at the county board meeting to seek assistance with what they describe as a cat problem around their home at the corner of 5th and Fackney which is in city limits.  David Lovell says he spoke to some city council members and apparently aware of their interactions on social media say…

City animal control officer Linda Aud denies she ever told the Lovells they could trap and relocate animals.  Lovell says the couple has been harassed and threatened to the point they felt like they needed to file complaints with local law enforcement.  He alleges neighbors are going out of the area to collect cats and bringing them home.  States Attorney referred Lovell to the mayor, the city animal control officer, and the city attorney.

Following the approval of Decembers meeting minutes and approving the payment of all county bills, the board heard reports from the County Officers.

County Clerk reported that her office is staying busy with the end of the year as well as preparing for the year to come. County Treasurer Michael Baxley presented an impressive run down on the tasks they are working on. Baxley says they are working on cleaning up board reports for how audits are completed. He also added that a debt sheet has been added to the bank interest yield report. Baxley said the Tax Sale will be held on January 25th and that taxes must be paid by January 24th to keep from going to sale. Gary Baxley was up next with his report. He told the board that the office is under control and everyone is working hard to get things in order. Gary said they are currently working on tax exemption forms and that he has talked to other counties that are using a computer program called TRIO that helps track who is permitted or not permitted to get a tax exemption.

Ambulance Director Adam Allen reported that he has hired four new employees. Greg Hayes who is a PHRN, Paramedic Jason Cross, EMT Jennifer Cross and EMT Jonathan Voles(sp). Allen says with the new hires, the White County Ambulance service will be able to help more people in the county.

States Attorney Denton Aud reported on the Pre-Trial Fairness Lawsuit that was recently halted by the Supreme Court. He also talked about the Gun Ban that was recently approved. He told the board that there would likely be lawsuits filed against it and that his office would be involved. Aud told the board there is a jury trial coming up next week. He also reported that Judge Webb has hired a new Public Defender but that he is still in need of an Assistant States Attorney.

The board then moved to items on the agenda that were up discussion, consideration and approval. The board approved to pay $675 to the Illinois Association of County Board for 2023. Teresa Knasel was approved as Board Secretary and Heather Rice was appointed to the IllinoiSouth Tourism Board. The weight limit resolution was approved along with White County MFT Maintenance Resolution.

The board then discussed and approved for siding to be put on the Former Carmi Times building as well as paying the first installment of $35,811.90 to Johannes Construction for their work on the building. The board also approved a new bid from Johannas Construction in the amount of $104,353 to side the East and West walls of the building. The Bedford stone will be kept on the front.  David South voted no for the first installment payment.

Next on the agenda was to approve the interagency agreement between the White County Sheriff and the Ambulance Department. Sheriff Weiss and Ambulance Director Adam Allen are still working on the details so it was tabled until February’s meeting.

The board approved new committees and board members

The approval of an amendment on the Health Care Plan to change inpatient hospital admission was tabled until February’s meeting.

No executive session was held. The board meets again on February 14th at 7:00 p.m.