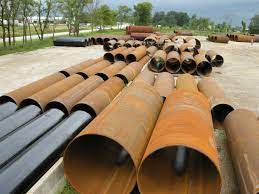 A report of theft has been made to the White County Sheriff’s Department in regards to casing pipe being stole from an oil rig. Deputy Capeheart went to an oil rig site located 1050 County Road 700 E while speaking on the phone with Tim Gholson who stated that someone had come onto the property and stole 30 joints of 2 3/8 inch steel tubing. Gholson told Capeheart that the casing pipe was hidden behind some of the company trucks where they were sealing off an oil well. Gholson said that the ground was dry at the time of the theft so he believed the individual drove around the trucks to the location of the pipes. The value of the steel casing pipe was between $4-5,000. The investigation is ongoing at this time.

Leave a Reply to JenCancel