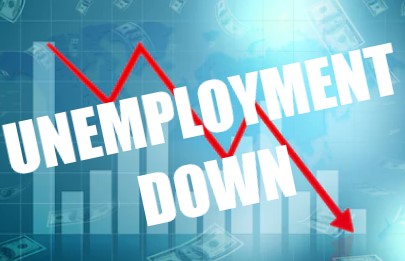 SPRINGFIELD – The Illinois Department of Employment Security (IDES) announced today that the unemployment rate fell -3.6 percentage points to 6.8 percent, while nonfarm payrolls were about unchanged, down -1,100 jobs in October, based on preliminary data provided by the U.S. Bureau of Labor Statistics (BLS) and released by IDES. The September monthly decrease in payrolls was revised from the preliminary report, from -12,000 to -9,200 jobs. The September unemployment rate was revised upward from the preliminary report, from 10.2 percent to 10.4 percent.

In October, the three industry sectors with the largest over-the-month gains in employment were: Professional and Business Services (+13,800), Construction (+4,200) and Trade, Transportation and Utilities (+2,100). The industry sectors that reported the largest payroll declines were: Government (-13,500), Educational and Health Services (-6,500) and Information (-1,500).

“While the unemployment rate has steadily declined over the last several months, the governor’s office and IDES are working tirelessly to assist claimants while confronting the challenges created by the Covid-19 pandemic,” said Deputy Governor Dan Hynes. “IDES is taking necessary steps to make claimants aware of the impending expiration to the federal CARES Act programs, set to end the week ending December 26.  The department is working closely with the Pritzker administration to advocate for claimant stability at the federal level and will continue to do so throughout this pandemic.”

“While we continue to see positive signs that employment is picking back up, we know that there is much more work ahead as we strive for a full recovery from the impact of COVID-19 on our Illinois workers and Illinois businesses,” said Erin Guthrie, Director of the Department of Commerce and Economic Opportunity (DCEO).  “Under the leadership of Governor Pritzker, Illinois has not only led with a swift and decisive public health response to the virus, but we’ve also introduced more than $1 billion in economic support programs at DCEO alone to help small businesses and communities weather the storm. Our continued vigilance on public health measures is necessary to restore our economy and bring more people back to work.”

Compared to a year ago, nonfarm payroll employment decreased by -411,800 jobs, with losses across all major industries. The industry groups with the largest jobs decreases were: Leisure and Hospitality (-129,000), Professional and Business Services (-64,800) and Educational and Health Services (-59,600). Illinois nonfarm payrolls were down -6.7 percent over-the-year as compared to the nation’s -6.1 percent over-the-year decline in October.

The number of unemployed workers declined sharply from the prior month, a -35.5 percent decrease to 425,900 but was up +80.3 percent over the same month for the prior year. The labor force was down -1.7 percent over-the-month and down -3.1 percent over-the-year. The unemployment rate identifies those individuals who are out of work and seeking employment. An individual who exhausts or is ineligible for benefits is still reflected in the unemployment rate if they actively seek work.