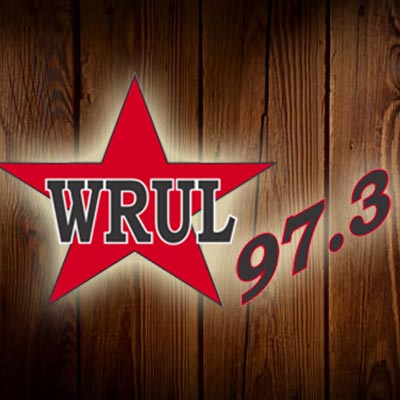 State Rep. Terri Bryant (R-Murphysboro) had this to say:

“I am glad to see that Governor Pritzker finally agreed to take a regional approach and accepted some Republican suggestions. I’m disappointed to hear that when acknowledging the contributions made through legislators’ suggestions he only acknowledged House Republican women as being interested in getting mammogram services restored. That was just one component of a detailed plan we submitted to him that would safely, and responsibly reopen Illinois’ economy. The plan laid out by the governor today could take months or even years to achieve. That is unacceptable. Recognizing that Chicago and Southern Illinois are different both politically and in regard to the impact of COVID-19, I believe the governor should call the legislature back into Session to correct what I believe is a largely unworkable and unrealistic phase-in plan. People need to get back to work in a safe, reasonable, regional, and responsible way.”

State Rep. Dave Severin (R-Marion) has also advocated for a regional approach, but argues that the governor’s plan could cause further economic damage to Southern Illinois.

“Southern Illinois’ economy is suffering one tragedy after another. Southern Illinois and Chicago are very different places both politically and when it comes to the negative impact of COVID-19. I urge the governor and the legislative leaders in the House and Senate to work out a plan to bring legislators back to Springfield to carry out the important work we are facing. We need to get our economy back open much faster than what the governor has proposed. I also found it confusing that the governor has issued a 5-phase plan, and without telling anyone we were already in phase 1, he tells us today that we are already in phase 2. The governor’s plan ignores the needs of 1099-employees, hair salons, restaurants, gyms, and other businesses that were deemed non-essential. If the legislature isn’t meeting, it means the governor can continue to rule using Executive Orders. That is no way to run the state.”

State Rep. Patrick Windhorst (R-Metropolis) has also been a proponent of opening-up Illinois in a regional way, but after reviewing the governor’s plan to reopen in phases, Windhorst is questioning the details of Governor Pritzker’s plan.

“The governor continues to say he is listening to science, following data models, and consulting with health care officials and epidemiologists. However, when we have asked the governor for the data he is using, he has not provided it. After an initial review of his plan, I have several questions:  First, why are the EMS regions being combined rather than relying on existing 11 EMS regions? Combining EMS regions means that EMS Region 5, which contains 20 counties, including all 11 in the 118th District, is combined with Region 4 in the Metro East.  Using the existing 11 EMS regions would provide a more accurate measure of when an area of the state should move to the next phase and is consistent with states like New York, which has 10 regions in its reopening plan.  Second, why was May 1 chosen as the starting date for phase 2? Using the criteria for moving from Phase 1 to Phase 2 outlined by the governor, it appears our region met the criteria of phase two on April 24 when IDPH Director Dr. Ezike noted that the state had flattened the curve and announced the state had conducted 10,000 tests. Third, why does the plan use a 28-day standard for evaluating the overall increase in hospital admissions as opposed to the 14-day guidance issued by the White House and the CDC? Other states, such as Indiana and New York, are using a 14-day standard for hospital admissions.  Choosing May 1 as the start date for phase 2 and requiring a 28-day evaluation for hospital admissions will mean the earliest our region can move to the next phase is May 29. These questions are important, but I feel the most important step that we can take as a state is to get the legislature back in Springfield to weigh in on the laws that allow the governor to take these actions beyond the original 30 days. As a separate, but co-equal branch, we have a responsibility to be in Springfield legislating. We must do it in a safe and responsible way, but it is imperative for the legislature to return to weigh in on the governor’s plan.”

Hosman And McClain Sentenced To The Illinois Department Of Corrections