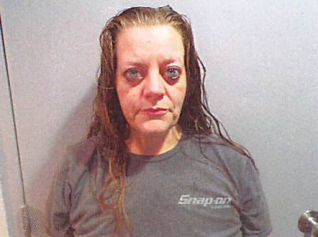 A Domestic Dispute between mother and daughter resulted in a trip to the White County Jail for the daughter, where she is still being held. At around 9:37 p.m. Monday, officers with the Carmi Police Department went to 710 6th Street and arrested 33 year old Ashley D Shelton for Domestic Battery. Shelton’s mother reported that Ashley had struck her with a phone charger cord and left visible marks on her.

Shelton is being held in the White County Jail pending the setting of bond.