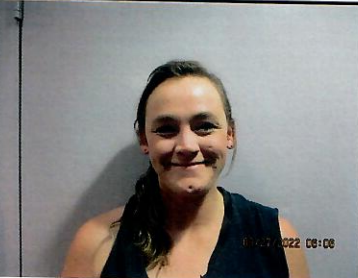 A Domestic Dispute landed a Carmi woman in jail over the weekend. At around 8:30 on Sunday, an officer with the White County Sheriff’s Department was dispatched to 1118 Valter Drive in reference to an active Domestic Dispute between 31 year old Brittany Rankin of 1206 Gilpin Street and 54 year old Melinda Rankin of Valter Drive. When the officer arrived, an officer with the Carmi Police Department was already at the residence. The city officer stated that when he arrived Brittany was screaming and cussing very loudly in the house. An Officer then spoke with Melinda and she stated Brittany got very upset started throwing things around her house. The officer asked Melinda what Brittany was upset over and Melinda stated she was unsure of what provoked it. The officer then went into another room to speak with Brittany who seemed very aggravated about what had happened. Brittany stated her mother made her mad so she started throwing things. Brittany also claims her mother told her to destroy her kitchen, so she did. Melinda was then asked if she wanted to fill out a written statement and sign a complaint for a Disorderly Conduct. Melinda stated that she did want to sign a complaint. Once the paperwork was complete, Brittany was arrested and taken to the White County Jail.