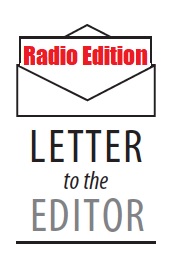 Did you hear about the stolen farm tractor that was abandoned by Maunie Saturday night? I actually witnessed the unsub drive the equipment around town on a little joy ride before they ditched it by the sandbar. I was sitting on my back porch and watched it come through the village sometime between 9:00 and 10:00pm. They proceeded up North Street and made a circut around town towing whatever implement was attached. All the work lights were ablaze, so it looked like a star lapping the town.

I wish I could say this was a lone incident. It’s not. A few months back, during the height of COVID, a car thief dumped their grand theft auto charge behind our Township Building. It was stolen from Norris City. It had been parked behind the building for hours. Someone finally notified the authorities. The police eventually came. The car was towed. I haven’t heard any more about it. I also haven’t noticed any increased police presence, county or state since.
Dope blights this community. Stevie Wonder could see the drug activity. It’s not even attempted to be hidden anymore. Why not be flippant about it if there aren’t any consequences? The out-of-town traffic that floods the town at every hour of the day and night is most telling. If you live in White County and have a person in your neighborhood you suspect of abusing drugs, I would venture to say it’s highly likely those drugs passed through my town at some point.
You can routinely find vehicles from Crossville and Carmi that frequently visit the known “dope houses” in Maunie. They are awake all hours of the night. They play loud music whenever they feel like it. They bring in campers and live without indoor plumbing. They drive without licenses or headlights. This happens all hours every day of the week.
Maunie has become the Wild West. All of this goes on, yet I personally cannot remember the last time I saw any law enforcement in town without them being called. There are no routine or random patrols any more. Maybe they’re busy elsewhere? Maybe they don’t really care what happens in Maunie? That’s fine, of course. Maunie has always been a river town with a bit of a rough reputation. But, that’s not the community I remember. People once took pride in what they had. They didn’t just open their front doors and throw their trash out on the front yard like some do now.
The people that abuse drugs don’t really offend me. As long as their recreational activities don’t have a negative impact on me, whatever. But, the drug activity is attracting more unscrupulous characters. Stolen vehicles and farm equipment has historically not been an issue for us. Why do these people feel like they can get away with it now? Could it be the open and brazen activities that give the perception that “anything goes” in the Vegas of White County?
I feel like the tax payers of Maunie, and there are still a few of us, deserve a better response from the county and state governments. We live here. We witness the activity. One needn’t be Sherlock Holmes to deduce what’s going on. I’m only squawking about it again here because of the increase in recent activity and the apparent complete apathy shown by our local law enforcement. Citizens will call the authorities and hours will pass before they show, if at all.
One time there had been a fight at the park downtown and someone called 911. The police responded, broke it up, and promptly left town. You could still hear the cruiser on the highway leaving town when the fight resumed and a second 911 call came over the police scanner. Dispatch radioed out that the fight had reignited and, I’ll never forget this, the officer replied “10-4 White County. Will not respond.” WHAT?!?! What if someone were being stabbed? How can that be the appropriate response?

Something has to change here. Based on the recent uptick in crime and the ongoing lack of law enforcement presence, I’m not hopeful it will. We’ll see. Maybe whoever owns that tractor will have more clout than the few voters here who can’t legally take the law into their own hands and clean up their own streets?

Various Topics Discussed At The Norris City Village Board Meeting